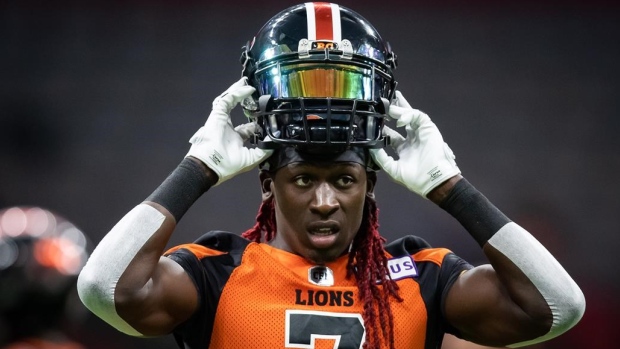 The BC Lions announced via their injury report on Thursday that they will be without star wide receiver Lucky Whitehead for their Week 18 clash with the Toronto Argonauts.

Injury Report and Game Statuses are in 👀

The Manassas, Va., native suffered an ankle injury in last week's contest against the Ottawa Redblacks. Whitehead, 30,  finished with three receptions for 87 yards in the Lions' 34-19 win.

A product of Florida Atlantic University, Whitehead joined the Lions in 2021, where he earned league and West Division honours with 932 receiving yards and three touchdowns after spending the 2019 season with the Winnipeg Blue Bombers. The former Owl previously spent time with the Dallas Cowboys (2015-16) and New York Jets (2017-18).

Through 14 games with the Lions this season, Whitehead is having a career year with the Lions, amassing 73 receptions for 966 yards and three touchdowns.