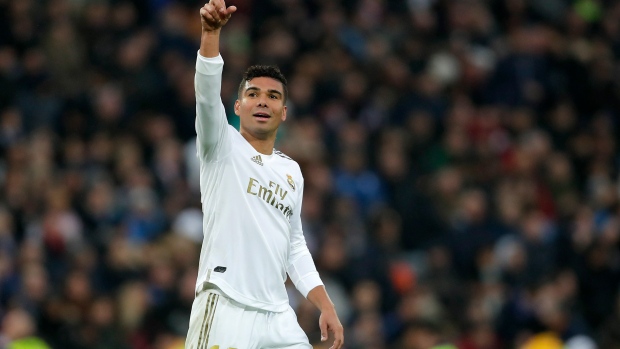 With a move for Frenkie de Jong looking increasingly unlikely, Manchester United has turned its focus elsewhere in Spain.

A five-time Champions League winner, Casemiro is believed to be interested in the move with the arrival of France midfielder Aurelien Tchouameni set to eat into his playing time. The 30-year-old Casemiro came on as a second-half substitute in Los Blancos' opening weekend victory over Almeria.

United sees Casemiro as a potential midfield anchor to operate in a holding role.

A native of Sao Paulo, Casemiro is in his 10th season at the Bernabeu. He has made 336 appearances across all competitions. On top of the Champions League honours, Casemiro has also won three La Liga titles and the 2014 Copa del Rey in his time with Real.

Internationally, Casemiro has been capped 63 times by Brazil and was a member of the 2019 Copa America-winning squad.

While a formal bid has yet to be made, it is understood that Casemiro would be offered a wage package significantly more lucrative than the one he is earning in Madrid on a five-year deal.

Though Real doesn't want to sell the player, the club wouldn't block a move out of deference to Casemiro's contributions to the team.