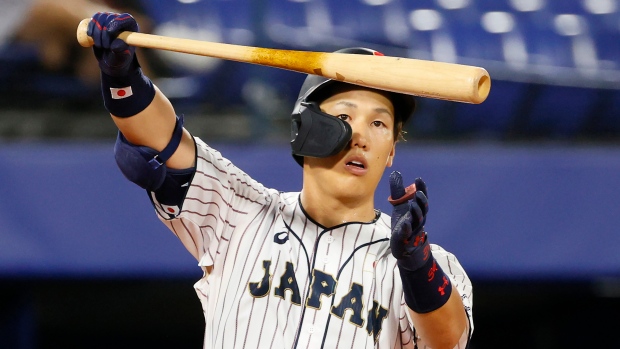 Japanese star outfielder Masataka Yoshida and the Boston Red Sox have agreed to terms on a contract, according to ESPN's Jeff Passan.

The deal is reportedly worth $90 million over five years while the posting fee will be $15.4 million, making the total cost for the Red Sox $105.4 million, according to Passan.

BREAKING: Outfielder Masataka Yoshida and the Boston Red Sox are in agreement on a contract, sources familiar with the deal tell ESPN.

Masataka Yoshida's deal with the Boston Red Sox is for $90 million. With a posting fee of $15.4 million, the total cost of the five-year deal will be $105.4 million.

The 29-year-old hit .335 with 21 home runs and 88 RBIs over 119 games with the Orix Buffaloes of the Nippon Professional Baseball last season. He also had an incredible 80 walks and just 41 strikeouts for an on-base percentage of .447.