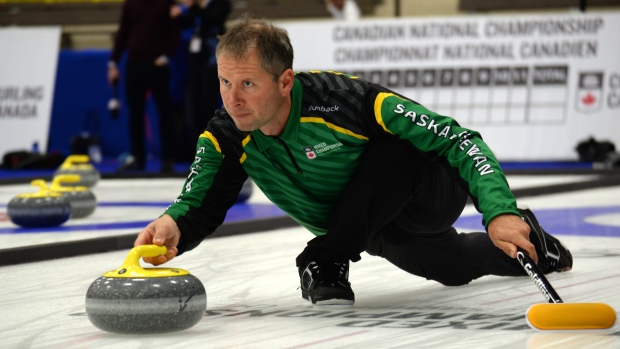 PRINCE ALBERT, Sask. — Shaun Meachem of Cabri, a small town located in southwest Saskatchewan, is "the guy" this week at the Canadian Mixed Curling Championship.

More specifically, the guy from the Swift Current Curling Club representing the home province in the 14-team competition that started Sunday and runs until Saturday at the Prince Albert Golf and Curling Centre.

Meachem, with his team of third Kelly Schafer, second Chris Haichert and lead Teejay Haichert, got off to a great start by defeating Morgan Muise's Alberta team 5-2 in the opening draw.

Meachem scored two in the second end, stole singles in the third and fourth, surrendered singles in the fifth and sixth ends, and scored once in the seventh to wrap up the opener.

There are three draws scheduled for Monday.

This report by The Canadian Press was first published Nov. 6, 2022.