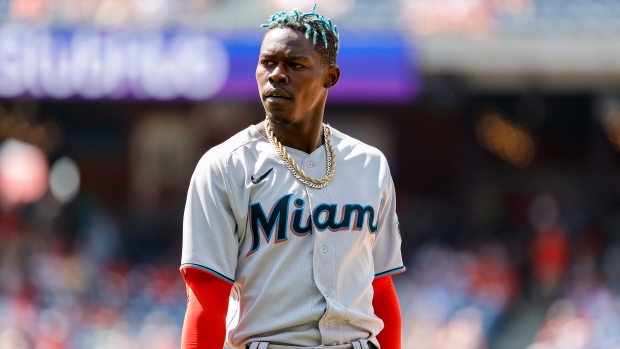 With new additions to the Miami Marlins infield, Jazz Chisholm is headed to the outfield.

The Miami Marlins are moving Jazz Chisholm to center field, GM Kim Ng says. Chisholm has played exclusively as a second baseman and shortstop during his big league career. Luiz Arráez will take over as the full-time second baseman, with Jean Segura manning third.

Chisholm, 24, has not played in the outfield during his three-year big league career, nor has he at any point during his professional career that began in 2016.

Jon Berti is expected to start in left field, while Avisail Garcia will man right.

The Marlins finished fourth in the National League East in 2022 at 69-93 and have only reached the playoffs once in the past 19 seasons.