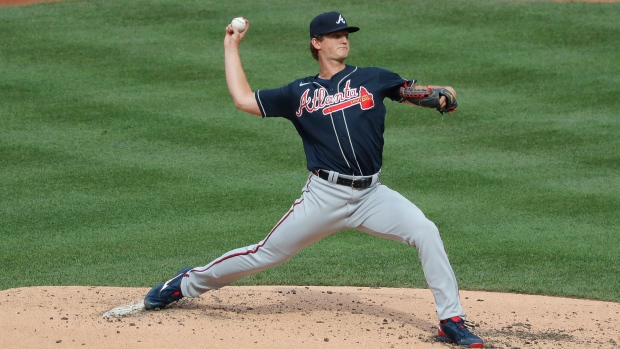 The Calgary native struck out eight while allowing one hit on 45 pitches as he works his way back from an Achilles tendon injury that has forced him to miss more than two full years with the Atlanta Braves.

The 25-year-old last pitched in a game on Aug. 3, 2020 against the New York Mets when he suffered the injury while coming off the mound to cover first on a groundball. Soroka was originally expected to make his return to the Braves the following year but had to have a second surgery after re-tearing his Achilles, forcing him to miss the entire 2021 season.

In 37 starts spread out over three big league seasons, Soroka is 15-6 with a 2.86 ERA with 171 strikeouts in 214.0 innings pitched. He finished second to Pete Alonso of the New York Mets in rookie of the year voting in 2019.