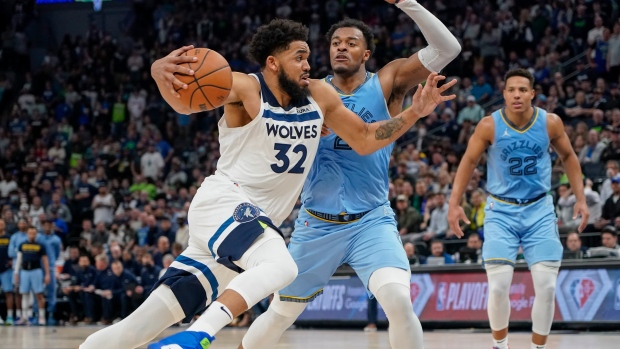 The Minnesota Timberwolves will be without the services of Karl-Anthony Towns for the foreseeable future, but it could have been worse.

The Athletic's Shams Charania reports the 27-year-old big man will miss several weeks with a calf strain, but there was no structural damage to his Achilles tendon.

Towns incurred the injury during Monday night's 147-127 loss to the Washington Wizards. In the third quarter, Towns grabbed at his right leg during a Wizards fast break and was helped to the locker room. He did not return.

“We’re going to have to look at what our options are with who else is available at that point,” head coach Chris Finch said after the game as to what the team's contingency plan would look like without Towns. “We’ll just have to figure that out.”

A native of Edison, NJ, Towns is in his eighth season out of Kentucky.

The T-Wolves (10-11) sit 10th in the Western Conference. They return to action on Wednesday night when they host the Memphis Grizzlies (12-8).