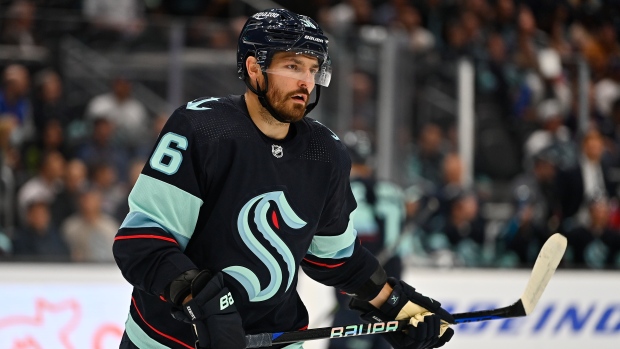 The Minnesota Wild have placed defenceman Andrej Sustr on waivers and Michal Kempny has been bought out after being placed on unconditional waivers by the Seattle Kraken for the purpose of contract termination.

Sustr, 31, has not appeared in a game this season. In 2021-22, he had one goal and five assists in 38 games split between the Tampa Bay Lightning and Anaheim Ducks.

Kempny had one goal in two games this season for the American Hockey League's Coachella Valley Firebirds. He signed a one-year, $750,000 deal as a free agent with the Kraken on July 24.

A Stanley Cup winner with the Washington Capitals in 2018, Kempny is now eligible to sign with another NHL team.