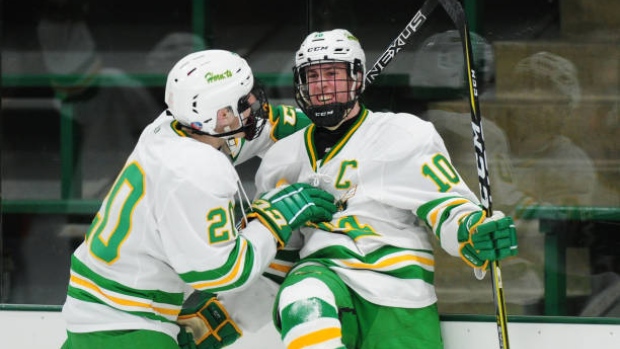 The Minnesota Wild have signed forward Sammy Walker to a two-year, entry-level contract after the Tampa Bay Lightning's rights to the prospect expired earlier this week.

Walker spent the past four seasons with the University of Minnesota, serving as captain of the team in each of the past three years.

The #mnwild has signed forward Sammy Walker to a two-year, entry-level contract. He recorded 112 points (48-64=112) in 144 games during four seasons at the University of Minnesota and was the first three-year captain in school history. https://t.co/YuU9FXDTBj pic.twitter.com/s7uFcpHDdd

The Lightning took Walker in the seventh round of the 2017 NHL Draft and had until Monday to sign him to an entry-level contract.