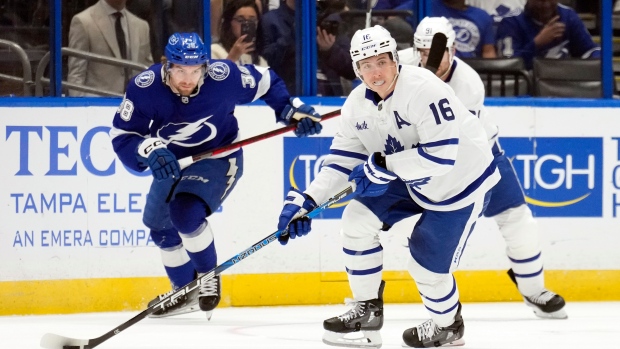 Marner scored two goals Saturday night - one shorthanded and one on the power-play - against the Tampa Bay Lightning, increasing his point streak to 19 games, passing Eddie Olczyk and Leafs legend Darryl Sittler, who were both tied at 18.

The 25-year-old Marner has tallied nine goals and 17 assists during his record-setting 19-game point streak.

The Leafs lost in overtime by a score of 4-3.