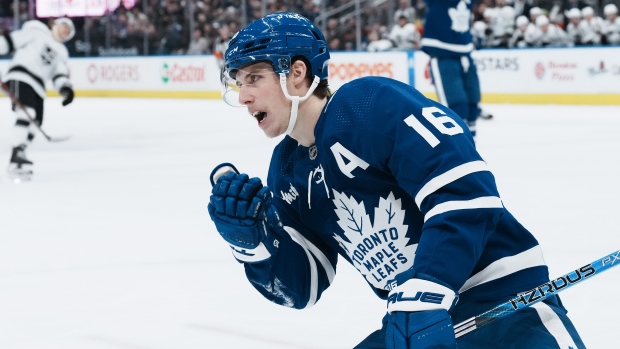 With the Maple Leafs already up 3-0 in the second period, Marner wired a shot past Kings goaltender Jonathan Quick to give the Leafs a four-goal advantage.

BUZZIN TO TWENTY ONE!! 🔥 pic.twitter.com/fYVJhuQy84

The 25-year-old star winger broke the Leafs’ post-streak record during Saturday's 4-3 loss to the Tampa Bay Lightning with a two-goal performance that helped him surpass Darryl Sittler (1977-78) and Eddie Olczyk (1989-90), who both put together 18-game streaks while playing in Toronto.

The fourth overall draft choice in the 2015 NHL Draft has 11 goals and 33 points in 28 games this season.