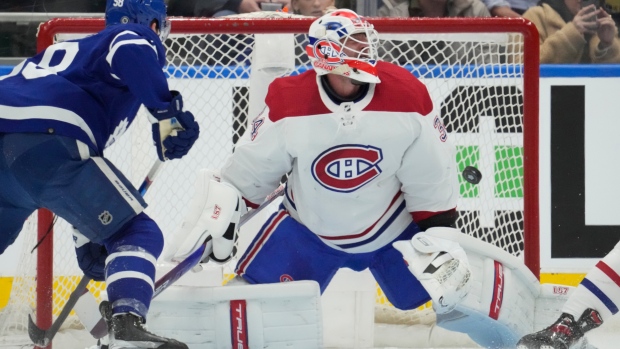 The Montreal Canadiens will be without goaltender Jake Allen for Monday's game against the Pittsburgh Penguins.

The team announced Allen will miss the game while on parental leave.

The Canadiens have loaned defenseman Corey Schueneman to the Laval Rocket and recalled goaltender Cayden Primeau. Jake Allen (parental leave) will be unavailable for tonight's game.

Primeau, 32, allowed six goals on 38 shots in his lone start for the Rocket this season - an overtime loss.

The Canadiens are 1-2 to start the season, while the Penguins are off to a 2-0 start.