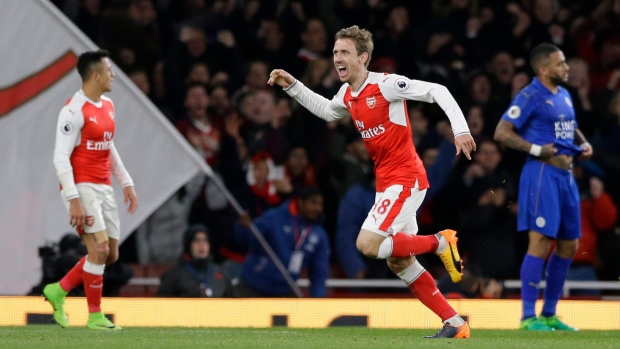 Nacho Monreal is hanging up his cleats.

The 36-year-old defender announced his retirement on Tuesday following a persistent knee injury that kept him out of the entire 2021-2022 season.

A former Spain international, Monreal is best remembered for his eight seasons at Arsenal in which he won three FA Cups.

"I cannot continue," Monreal wrote on Instagram. "Do I get mad? No. I listen to it and accept the situation and thank it for everything. Thirty-six years playing football, 16 as a professional. Squeezing my body and taking it to limits that I would never have imagined. A stage is over. Another starts. I'm happy and feeling good. One more time - I feel good. And that gives me peace of mind."

A native of Pamplona, Monreal made his senior debut in 2006 for hometown club Osasuna. After five seasons there, he joined Malaga in 2011. Two seasons later, he made his move to the Gunners.

Monreal would go on to make 251 appearances across all competitions for Arsenal, becoming a regular starter under Arsene Wenger. On top of the three FA Cups, Monreal won three Community Shields and was a member of the Gunners team that finished as runners-up to Chelsea in the 2019 Europa League.

He spent the last two seasons of his career back in La Liga with Real Sociedad.