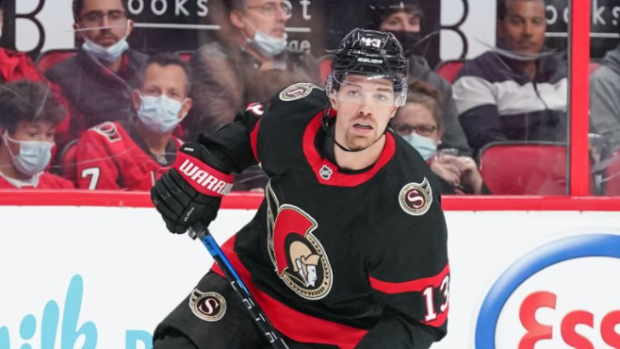 Zach Sanford is headed to the Music City.

The Nashville Predators announced the signing of the 27-year-old winger to a one-year, $850,000 deal on Friday.

The #Preds have signed forward Zach Sanford to a one-year, $850,000 contract.https://t.co/2guEUAUijj

Sanford split last season between the Ottawa Senators and Winnipeg Jets. He appeared in a combined 80 games, scoring nine goals and adding 12 assists.

A native of Salem, MA, Sanford is set to enter into his seventh NHL season.

Originally taken with a second-round pick in the 2013 NHL Entry Draft, Sanford has 47 goals and 48 assists in 289 career NHL games with the Washington Capitals, St. Louis Blues, Senators and Jets.

Sanford was a member of the Blues' Stanley Cup-winning team in 2019.