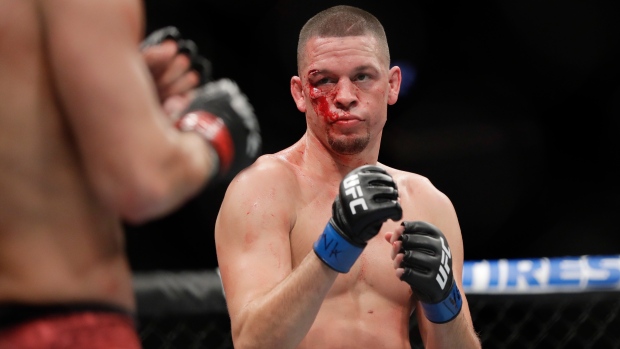 Diaz, 37, finished up his contractual obligations with Ultimate Fighting Championship with a fourth-round submission victory over Tony Ferguson at UFC 279 earlier this month.

“We are in dialogue”

Bellator president Scott Coker says the promotion have “reached out” to Nate Diaz about a potential deal #bbcmma #mma pic.twitter.com/4dJBR8Yx2f

"We are definitely talking to him," Coker said. "We've reached out, but I'm sure he's talking to everybody. He's in a pretty good situation.  I know he wants to fight Jake Paul, who is fighting Anderson Silva on Showtime pay per view - which is our home network - so there's some synergies here. We're just hoping that we could have some type of deal to at least have his MMA fights with Bellator, so we are in dialogue."

A native of Stockton, CA, Diaz began fighting under the UFC banner as the victor of The Ultimate Fighter 5 in 2007. Posting a record of 21-13 (16-12 in the UFC), Diaz is one of mixed-martial arts' most popular fighters and holds wins over the likes of Anthony Pettis, Takanori Gomi and Donald Cerrone. Diaz, the younger brother of Nick Diaz, achieved his greatest fame with a second-round choke-out of Conor McGregor at UFC 196 in 2016. He would fall by majority decision in the rematch months later at UFC 202.

Following his victory over Ferguson, Diaz expressed interest in boxing and other combat sports.

"I want to get out of the UFC and show all the fighters how to take over and own another sport," said Diaz.  "Boxing, kickboxing, Jiu-Jitsu. I'm the creme de la creme right here and I'm coming for you."