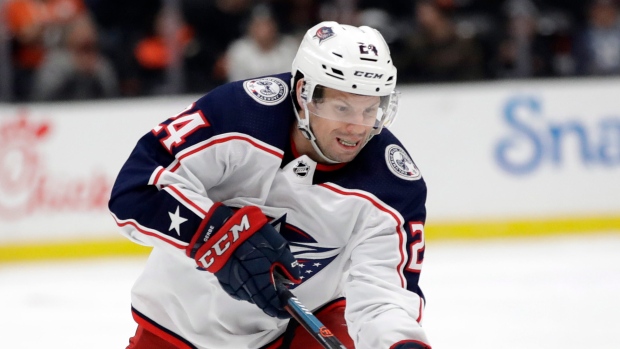 After 13 professional seasons, Nathan Gerbe has officially retired as a player and joined the Nashville Predators organization as the club's forward development coach.

Gerbe was one of a number of appointments to the Predators organization announced on Wednesday with former U.S. Women's National Hockey Team player Ronda Engelhardt and former Calgary Flames defenceman Brett Carson joining the scouting department also among them.

"I'm proud to announce the latest additions to our ever-growing hockey operations staff prior to the start of this season's training camp," Preds general manager David Poile said in a release. "Alongside our homegrown management staff of assistant general managers Jeff Kealty, Scott Nichol and Brian Poile, these individuals all bring different, valuable and innovative skillsets to a group that is dedicated each day to bringing a Stanley Cup to Nashville. We are excited to see how they complement each other and work on and off the ice to make our entire organization better."

One of the most diminutive players in NHL history standing at 5-foot-4, Gerbe appeared in 435 games over 11 seasons with the Buffalo Sabres, Carolina Hurricanes and Columbus Blue Jackets. For his career, the Oxford, MI native tallied 63 goals and 88 assists. Gerbe last played in 2020-2021, splitting time between the Blue Jackets and their American Hockey League affiliate Cleveland Monsters.

A fifth-round pick by the Sabres in the 2005 NHL Entry Draft out of the United States National Team Development Program, Gerbe also spent three years at Boston College from 2005 to 2008, finishing as a finalist for the Hobey Baker Award in 2008.

Internationally, Gerbe represented the United States on a number of occasions, including at back-to-back World Junior Hockey Champions in 2006 and 2007.