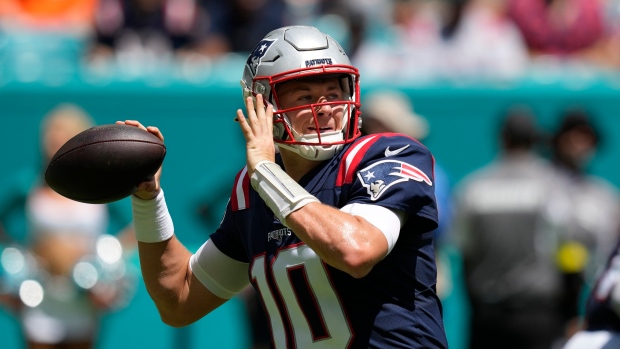 While the hope is Jones will avoid surgery, he's expected to spend time on the sidelines and is unlikely play in Week 4 against the Green Bay Packers.

The hope is Jones won't need surgery. Timetable still TBD but hard to imagine he plays this week vs. the #Packers.

In his second season out of Alabama, Jones appeared to pick up the injury on the Pats' offensive final play in the 37-26 loss with 1:55 remaining in the fourth quarter. Jones finished his day Sunday with 321 yards on 22-for-32 passing with three interceptions.

This was the second time in three games that the 24-year-old Jacksonville native dealt with an injury, having also experienced back spasms in Week 1 against the Miami Dolphins.

Should Jones be unable to go against the Packers, veteran Brian Hoyer is likely to start in his stead.