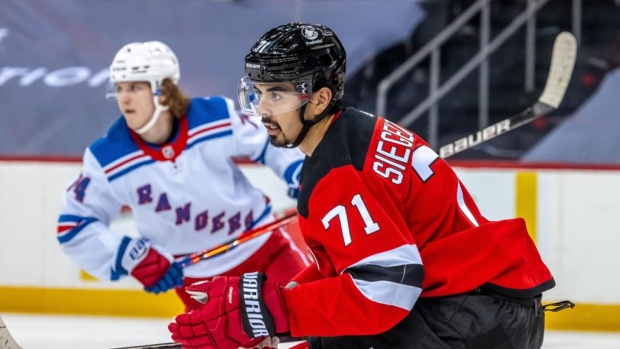 The New Jersey Devils announced a new deal for Jonas Siegenthaler on Tuesday.

The 25-year-old defenceman has agreed to a five-year, $17 million extension that will take the Zurich native through the 2027-2028 season.

Originally taken with the 57th overall pick of the 2015 NHL Entry Draft, Siegenthaler was acquired by the Devils from the Washington Capitals at the 2021 trade deadline.

In 175 games over four seasons with the Caps and Devils, Siegenthaler has three goals and 24 assists.