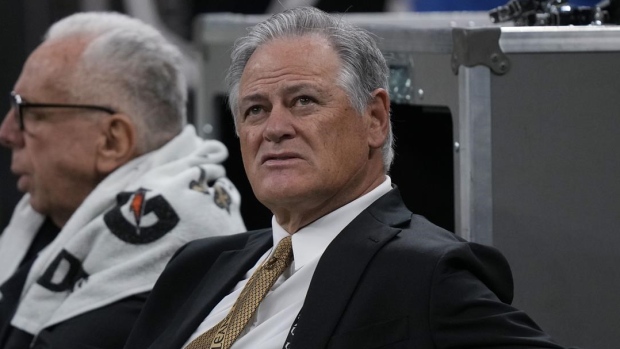 METAIRIE, La. (AP) — The value that the New Orleans Saints place on stability influenced the decision to retain coach Dennis Allen despite finishing this season 7-10 and outside the playoff picture, general manager Mickey Loomis said.

“One of the things that we’ve had going for us for the last 15 years or whatever — it’s been is stability,” Loomis said Friday while discussing the upcoming offseason.

“That’s a commodity that is hard to come by in the NFL. So, we’ve been looking for stability and that obviously starts with ownership and GM and head coach and having a core group of players that you nurture and develop,” Loomis continued. “That’s the attitude that we have and that’s the process and that’s the things we believe in."

Loomis also spoke about other NFL clubs requesting permission to interview retired coach Sean Payton. So far, the Saints have permitted three teams — Arizona, Denver and Houston — to interview Payton, who has two years remaining on his contract with New Orleans and thus would have to be traded.

Loomis said he could not be specific about what compensation the Saints would seek.

“It’s going to be different for every team because they have different (trade assets) available," Loomis said. “They have to get our permission to have a discussion with him. And then we have to have the compensation settled before they can actually make an offer to hire him.”

Historically, compensation in such trades has included draft picks — and the Saints could use a first-rounder. New Orleans does not have one in 2023 because of a 2022 trade with Philadelphia that gave the Saints two first-rounders (receiver Chris Olave and offensive tackle Trevor Penning).

But Loomis said the Saints were not counting on Payton, who worked as studio analyst this season and took New Orleans to its only Super Bowl win, to return to coaching in 2023.

“I’ve never counted on getting anything for Sean because he might decide to do the media deal for five years,” Loomis said. “Who knows?”

Loomis called Payton "a close friend," which he said makes it a complicated situation.

“Between the quarterback of a team and the head coach, no one else impacts winning more than those two guys in any building. So, I know what he brings to the table and I know that’s really valuable,” Loomis said. "And it’s our obligation to maximize that value if he chooses to coach again within that time frame where we have those rights.”

Meanwhile, Loomis stopped short of ruling out a return to the Saints for injured receiver Michael Thomas, who has missed most of the past three seasons with ankle and toe injuries. He conceded that a recent contract re-negotiation provides the Saints “flexibility” under the NFL's salary cap to move on without him.

“It gives us a little time," Loomis said. “The main thing here with Mike is for him to get healthy and get back being the player that he’s been for us in the past.”

While the Saints were dissatisfied by their losing record and failure to make the playoffs, there were also "a lot of really positive things that happened during the course of the season that give me optimism going forward,” Loomis said.

The performance of the defense, which Allen calls during games, was among them. The Saints ranked fifth in yards allowed and ninth in points allowed in the NFL despite the 10-game absence of top cornerback Marshon Lattimore.

“We have a really good defense with a lot of young core players," Loomis said. “We have some really good offensive players.”

Loomis also conceded that the Saints “have holes,” but dismissed the notion of overhauling the staff or roster.

"I don’t think we’re anywhere close to that in my mind,” he said.