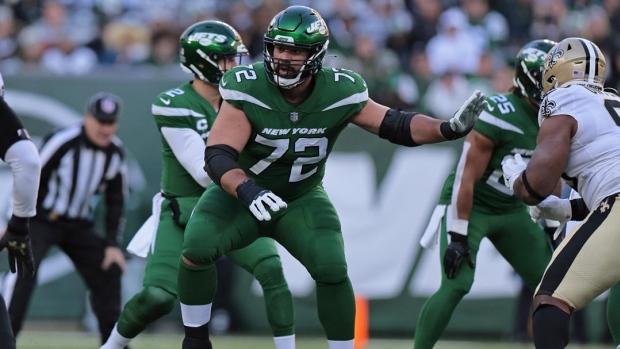 Canadian offensive lineman Laurent Duvernay-Tardif is back with the New York Jets.

The Jets elevated Duvernay-Tardif to their active roster after first signing him to their practice squad last month.

The 31-year-old announced in June that he would be putting his NFL career on hold for the residency program. He completed that program in November.

Duvernay-Tardif  has appeared in 68 career regular season NFL games for the Kansas City Chiefs and Jets. He has also played in six playoff games, including capturing Super Bowl LIV as a member of the Chiefs.

The Mont-Saint-Hilaire, Que. native also opted out of the 2020 NFL season to be a full-time doctor at the height of the COVID-19 pandemic.

Duvernay-Tardif split the 2020 Lou Marsh Trophy with Alphonso Davies and was also named Sportsman of the Year by Sports Illustrated.