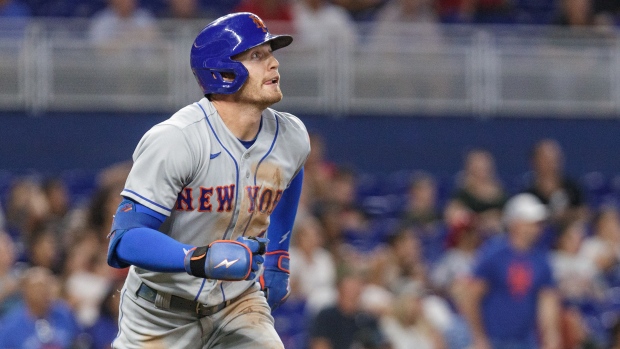 The New York Mets and outfielder Brandon Nimmo have agreed to an eight-year, $162 million deal, according to ESPN's Jeff Passan.

Outfielder Brandon Nimmo and the New York Mets are in agreement on an eight-year, $162 million contract, sources familiar with the deal tell ESPN. The Mets keep their center fielder and the biggest payroll in baseball only gets bigger.

Drafted 13th overall in the 2011 MLB Draft by the Mets, he has spent all seven seasons of his MLB career with the organization and has a career batting average of .269 with 63 home runs and 335 RBIs in 608 games.