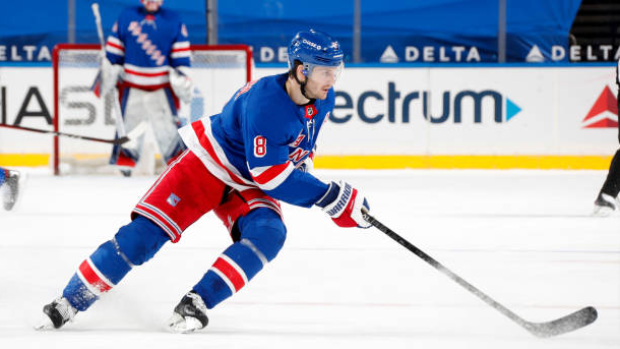 The 28-year-old is entering his fourth season with the team, having been traded from the Winnipeg Jets in 2019.

The Rangers have been without a captain since trading Ryan McDonagh to the Tampa Bay Lightning during the 2017-18 season.

"Since he joined the Rangers, Jacob has consistently displayed all of the qualities we want in a leader on and off the ice," Rangers general manager Chris Drury said in a team release. "As we look to take the next step as an organization, he is a role model for all of our players to follow and the perfect choice to be our captain."

The 28th captain in #NYR history:

"Right away when I got here, it was clear that Jacob had a certain presence in the locker room and among his teammates that exemplify what you need out of a captain," Rangers head coach Gerard Gallant said. "With where our team is at and where we want to be, he is the right person to lead us there."

Selected ninth overall by the Jets in 2012, Trouba has 62 goals and 257 points in 597 career games between the two teams.