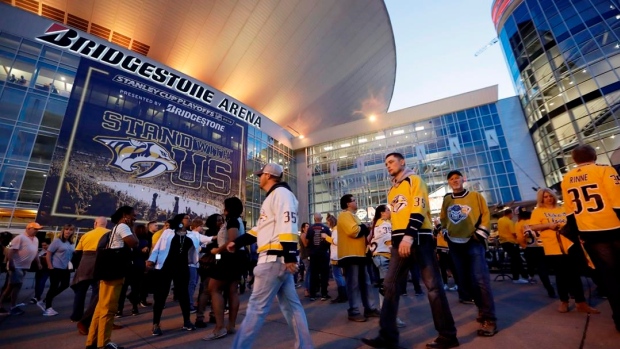 The NHL Draft and Awards are headed to the Music City.

The league announced Thursday that the 2023 editions of both the draft and award show will be held in Nashville next June.

It marks the first time that both events were held in the same city since 2006 when both were in Vancouver.

“We are thrilled to bring two of our marquee events – the 2023 NHL Awards and the 2023 NHL Draft – to Nashville, a special city that certainly knows how to throw a great party,” NHL commissioner Gary Bettman said in a statement. “From the 2003 NHL Draft to the 2016 NHL All-Star Weekend to the 2017 Stanley Cup Final to the 2022 NHL Stadium Series game, the city, the Predators organization and the country music community have overwhelmed the NHL with their welcome and support every time Nashville has hosted a league event. We cannot wait to return next June to celebrate the stars of our game and introduce the next generation of NHL Players.”

This will be the second time that Nashville has played host to the NHL Draft. In 2003, the Pittsburgh Penguins made goaltender Marc-Andre Fleury the first overall selection on the floor of the Gaylord Entertainment Center. The home team's first pick came at No. 7 when the Predators selected defenceman Ryan Suter.