Insider Trading: Is a new contract on the horizon for Monahan in Montreal?

TSN Hockey Insiders Pierre LeBrun, Darren Dreger and Chris Johnston join host Gino Reda to discuss what Alex Formenton’s options are now that the RFA deadline has come and gone, the latest on Kris Letang and whether or not the Canadiens are giving any thought to extending Sean Monahan.

The restricted free agent deadline has come and gone. Ottawa Senators forward Alex Formenton did not sign an NHL contract. What are his possible next steps now? 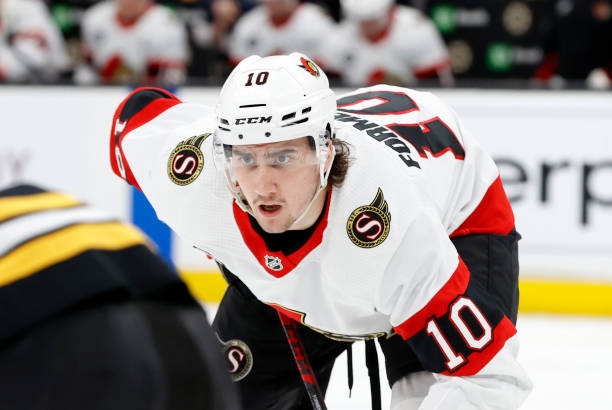 Dreger: Well, he’s ineligible to play in the National Hockey League for the remainder of the year. There was some trade interest in Alex Formenton and Pierre Dorion, general manager for the Sens, worked on that trade interest until pretty much the deadline passed. So it is complicated. It’s a complicated situation. Here are the options for Formenton moving forward. He could find a playing home in Europe. The Ottawa Senators could sign him. Or they could trade his rights, but he remains ineligible for the rest of this season. And I suppose he could sign an offer sheet, but again, he’d be ineligible. If you look back to the off-season, perhaps now in hindsight, the best deal for Alex Formenton would have been to accept his qualifying offer.

The latest on Letang

Kris Letang skated Thursday after suffering a stroke earlier this week. Because he still has not been cleared beyond that, where do the Penguins go from here? 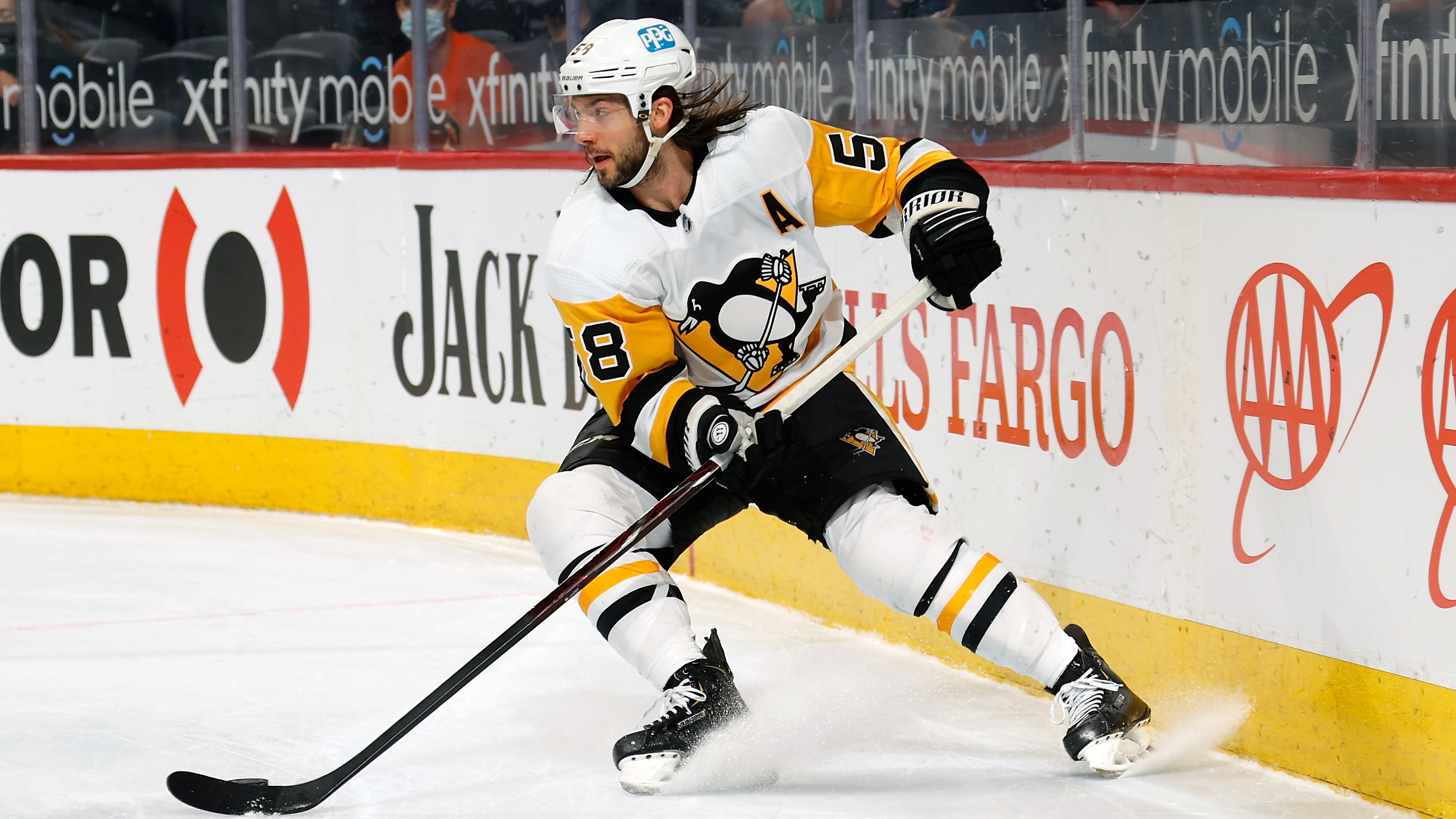 Kris Letang PenguinsLeBrun: Well, number one, the Penguins have addressed this right out of the gate as dealing with Kris Letang the human being and not Kris Letang the hockey player. They’re not worried about his return in terms of the first thing they’re thinking of. And it is his second stroke, but it wasn’t as serious or as severe as his first stroke in 2014. The tests that have been performed on him the last 48 hours have come back positive, which was a relief to everyone in the organization. There is no firm timeline for his return except that everyone involved, including the medical opinions they’re getting, is that he will come back and play this season. So, because of that, from a hockey perspective, the Penguins are not going out and looking for defence reinforcements on the trade market. They’re absolutely acting and believing that he will be back to play this year for them.

A wake-up call for Petersen?

The Kings placed goaltender Cal Petersen on waivers Wednesday after he allowed four goals on 16 shots in a 9-8 loss to the Seattle Kraken in relief of Jonathan Quick. While he went unclaimed and returned to the Kings’ AHL affiliate, is this a wake-up call for him? 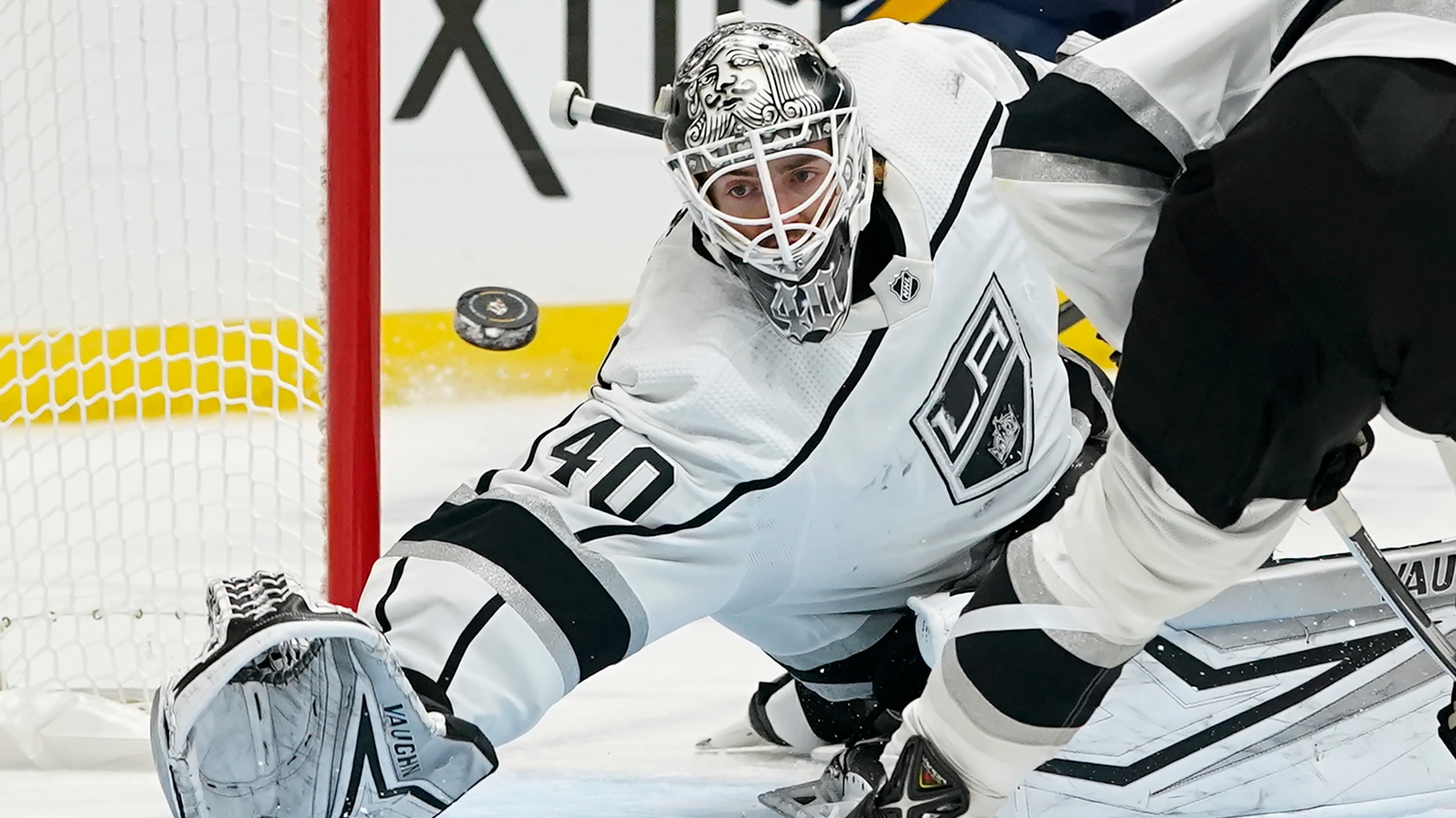 Cal Petersen Los Angeles KingsJohnston: A major wake-up call. Although I would say it’s probably not that surprising he passed through waivers on Thursday unclaimed given his struggles and the fact he still has $11-plus million remaining on his back-loaded contract. But the fact he was there to begin with after signing that contract is where the wake-up call comes into play. And really, the pressure has been mounting on Petersen with some of his struggles earlier in the year. He had a tough start against the New York Rangers last week and it culminated with a relief appearance in that game Tuesday against Seattle. The Kings really believe there’s an opportunity for a redemption story here. So they hope a reset with the American Hockey League’s Ontario Reign will be the start of a path back to the NHL for Cal Petersen.

At this time last year it was obvious Sean Monahan’s days were winding down in Calgary. He got the move he needed, now could that turn into a nice payday for him with his new club? 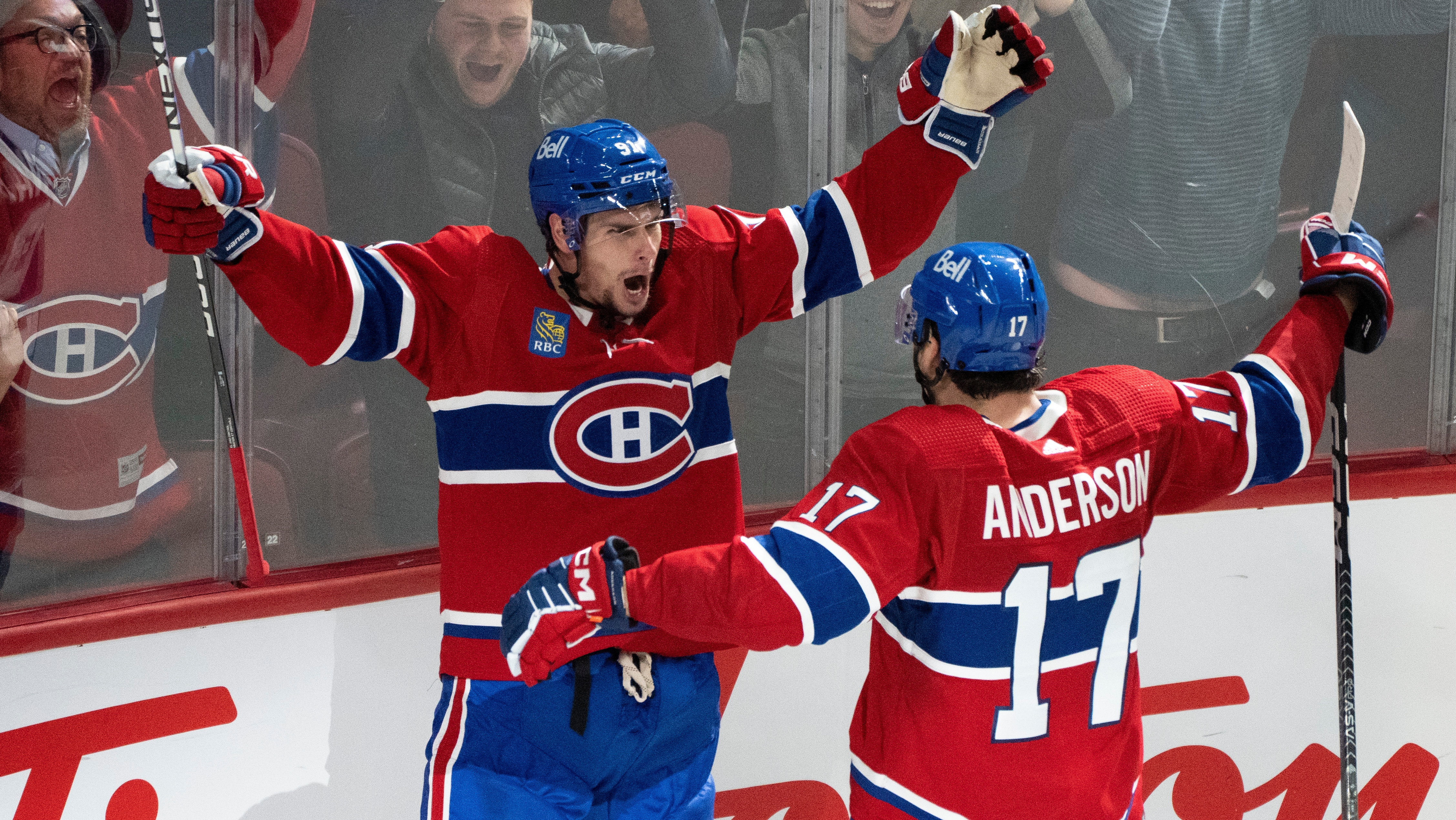 Montreal CanadiensLeBrun: Let’s remember the reason the Montreal Canadiens made that trade in August was that a first-round pick was attached to acquiring Sean Monahan from the Calgary Flames. That’s what the Habs are about right now. And it sort of felt like it was almost a foregone conclusion that the Canadiens would turn around and flip Monahan before the March 3 trade deadline and get another asset in all of this. But, here’s the interesting thing. Monahan has played well. He’s fit well on and off the ice. The Habs have been impressed with him and what’s happening right now is Canadiens’ management are having the discussion of should we actually keep this guy? Could he be part of our plans moving forward? I still think it’s more likely they move him, but the mere fact they’re having that discussion is an interesting development.

Dreger: Well, look, Sean Monahan we know is a victim of cap gymnastics in Calgary and good work from Kent Hughes of the Montreal Canadiens to acquire him, get the added assets and futures they got for him. But the Canadiens weren’t the first stop on Brad Treliving’s shopping tour. It actually began and I thought it would finish with the Arizona Coyotes. They believed they had a deal in place but that deal fell through. Kent Hughes and Brad Treliving had talked throughout the course of the summer but Montreal didn’t know what was going to become of Carey Price’s situation. In the end, Monahan ends up in Montreal, but he was being used as a pawn.

Next steps for Kuzmenko

Andrei Kuzmenko is fourth on the Canucks on scoring, but what now? 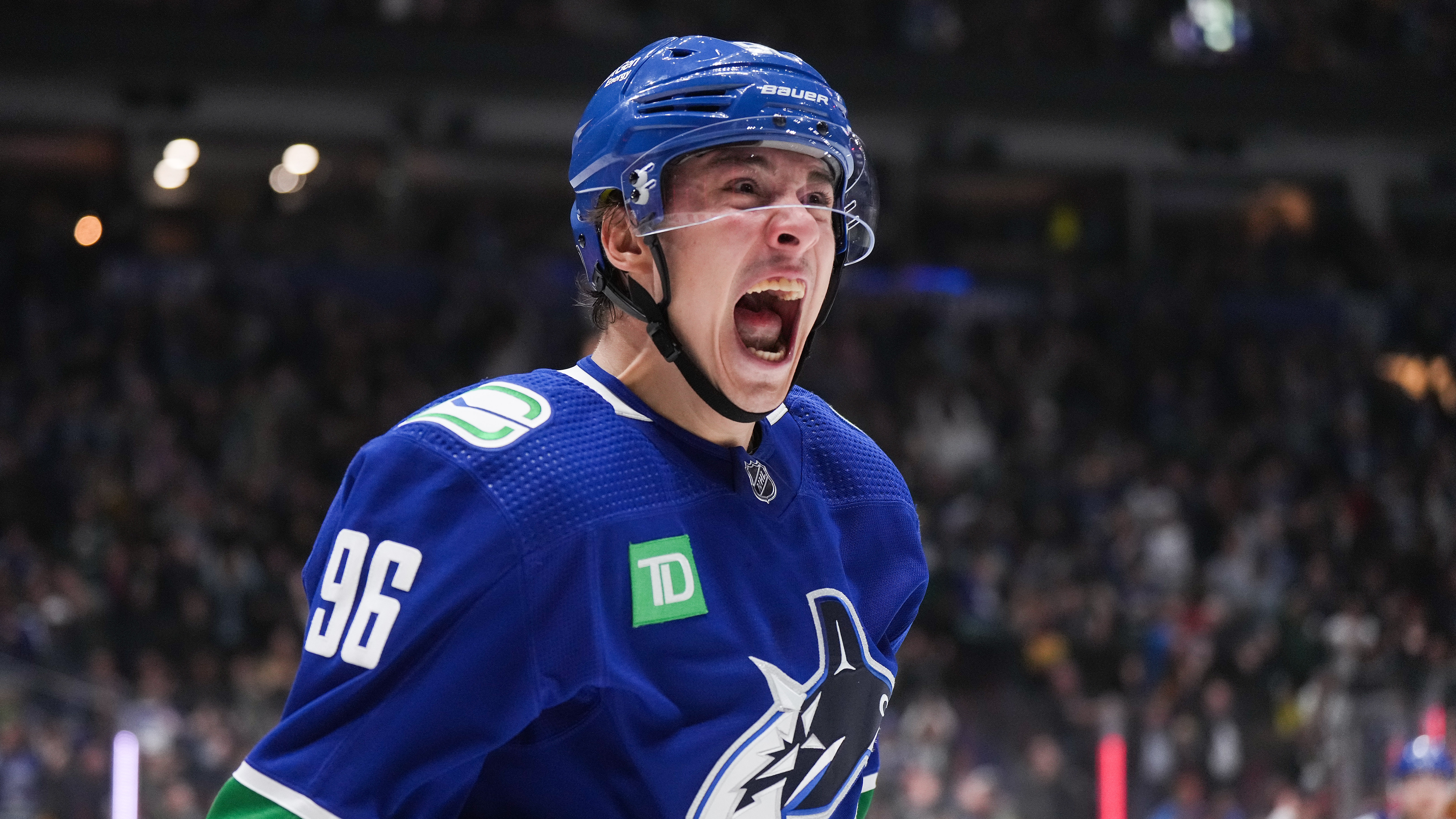 Vancouver CanucksJohnston: He’s nearly a point-per-game player, which is pretty good considering it’s his first season in the National Hockey League. But he’s a rare case because when he signed his entry-level contract, he was 26 years old. He’s also eligible to be a free agent next summer. And there was a lot of interest in this player when he came over from the KHL at the end of last season. He can’t technically sign an extension in Vancouver until January 1. So, I think both sides are content to let this play out for a little while, but it’s something to keep an eye on as we get into the new year.