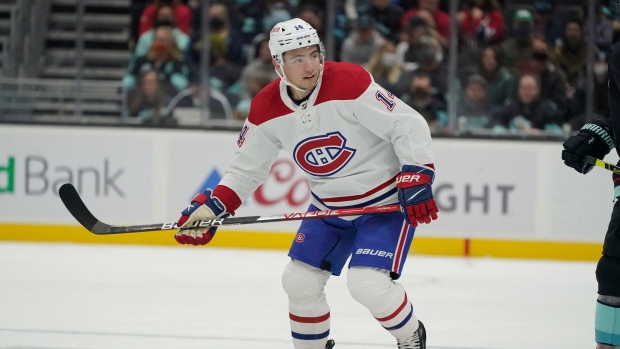 All three players have upper-body injuries and remained in Montreal for treatment. Suzuki is listed as day-to-day.

They will be re-evaluated on Monday.

The trio of players did not accompany the team on the road and will be re-evaluated on Monday.

Suzuki made his preseason debut on Tuesday against the Ottawa Senators after recovering from a lower-body injury. Suzuki tallied a pair of assists and logged just over 22 minutes of icetime in the 5-4 loss to the Senators.

Heineman played just seven minutes against the Senators on Tuesday. The 20-year-old was a second-round pick by the Florida panthers in 2020 and was acquired by the Canadiens in a trade with the Flames in February.

Heineman has yet to make his NHL regular-season debut.