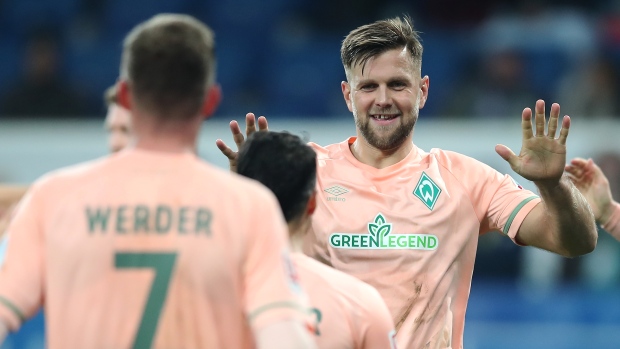 Füllkrug scored from the spot in the 88th minute to take his league-leading tally to eight from nine games and give promoted Bremen its second consecutive win.

Hoffenheim was hoping to go top ahead of the rest of the ninth round, but was to rue referee Benjamin Cortus’ decision to penalize Stanley Nsoki for his challenge on Mitchell Weiser after consulting TV replays. They showed Nsoki made contact with Weiser’s left foot, though the Bremen forward took another step forward before falling. There was a lengthy delay for the VAR check with opposing players arguing between themselves before Cortus was urged to check the replays for himself.

The visitors took an 18th-minute lead through Marvin Ducksch before Munas Dabbur equalized in the 33rd for Hoffenheim.

Hoffenheim looked more likely to score in the second half but found Bremen goalkeeper Jiří Pavlenka in outstanding form.