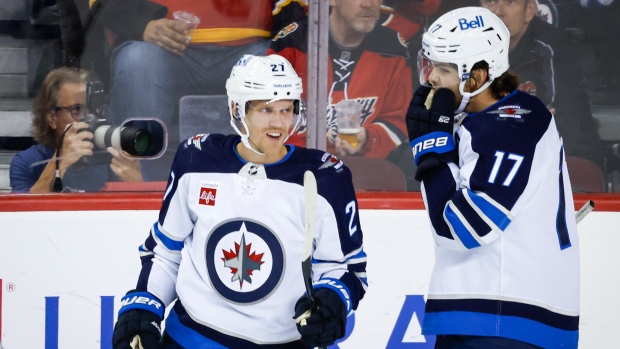 The Winnipeg Jets have placed forward Nikolaj Ehlers on injured reserve, retroactive to Oct. 18 and have recalled forward Dominic Toninato from the AHL's Manitoba Moose.

Ehlers, 26, last played on Oct. 17 against the Dallas Stars, where he registered one assist. He left Wednesday's morning skate due to an undisclosed injury and did not play in Wednesday's win over the Colorado Avalanche or Thursday's 5-2 loss to the Vegas Golden Knights.

“We’re still trying to figure him out here. It’s been nagging. We’ll just discuss it tomorrow and see where it goes."

Ehlers has three assists in two games this season. Originally selected ninth overall by Winnipeg in the 2014 NHL Draft, Ehlers has recorded 164 goals and 197 assists in 480 career games.