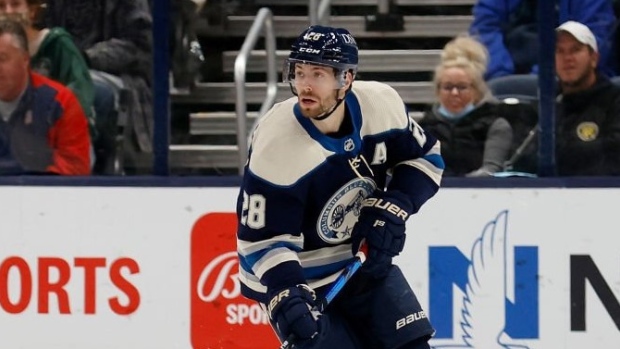 The Seattle Kraken have acquired forward Oliver Bjorkstrand from the Columbus Blue Jackets in exchange for a 2023 third-round pick and a 2023 fourth-round pick, it was announced Friday.

The third-round selection comes via the Calgary Flames and the fourth-rounder from the Winnipeg Jets.

The 27-year-old has spent his entire career with the Jackets since being selected with the 89th pick in the 2013 NHL Draft.

In 80 games last season for Columbus, Bjorkstrand had a career-best 28 goals and 29 assists. It was the third time in four seasons he eclipsed the 20-goal mark.

A native of Herning, Denmark, Bjorkstrand is one year into a five-year, $27 million deal that carries a cap hit of $5.4 million. He is set to become an unrestricted free agent after the 2025-26 campaign.