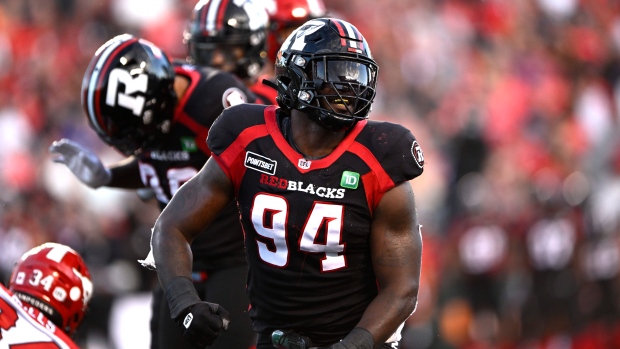 The CFL's reigning Defensive Player of the Year is returning to the nation's capital.

The Louisville product let the CFL in sacks in 2022 with 17. He also recorded 43 tackles and a pair of forced fumbles.

A native of Sacramento, Mauldin was in his first season with the Redblacks after two years with the Hamilton Tiger-Cats.