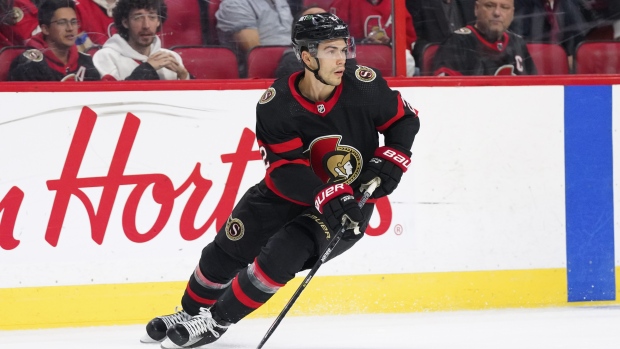 Ottawa Senators defenceman Artem Zub could be out three-to-four weeks with a small fracture in his jaw, according to TSN's Claire Hanna.

Artem Zub expected to miss 3 weeks to a month with a small fracture in his jaw. #Sens

In 14 games this season, Zub has two goals and two assists.

The Khabarovsk, Russia native has 11 goals and 29 assists in 142 career games, all with the Senators.

Zub signed a two-ear, $5 million contract with the Senators prior to the 2021-22 season, he will be an unrestricted free agent after the season.