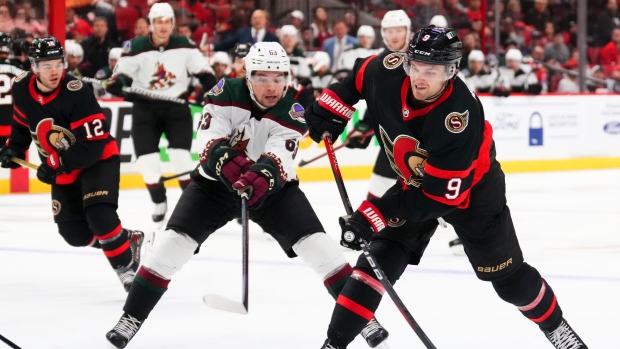 The Ottawa Senators are still awaiting MRI results on Josh Norris, but the forward is expected to miss "at least a couple of weeks," head coach D.J. Smith said Monday.

Norris suffered a shoulder injury in the Senators' win over the Arizona Coyotes on Saturday.

The #Sens are waiting on the MRI for Josh Norris but the forward is expected to miss "at least a couple of weeks."

The 23-year-old has one goal and two points in five games this season. He had 35 goals and 55 points in 66 games with the Senators last season.

Norris is in the first season on an eight-year, $63.6 million contract, which carries a $7.95 million cap hit, signed in July.

Smith: Norris will be out at least a couple of weeks, still waiting on MRI; Brassard will step in