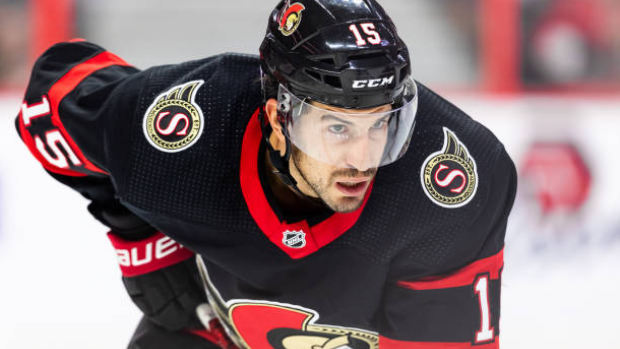 The Ottawa Senators placed Michael Del Zotto on unconditional waivers for the purpose of a buyout on Tuesday,

Michael Del Zotto (OTT), Rudolfs Balcers (SJ), Oskar Lindblom (PHI) and Janne Kuokkanen (NJ) have been placed on unconditional waivers for the purpose of a buyout.

Del Zotto was signed through next season at a cap hit of $2 million. The buyout will clear $1.5 million in cap space for the Senators this year, while adding a cap charge of $750,000 for next year.

The 32-year-old went unclaimed on waivers in April after playing in 36 games for the Senators, posting three goals and 10 assists in his first season with the team. Del Zotto played 26 games with Belleville Senators this past season, scoring 10 goals and posting 27 points.

He is the second player to be bought out by Ottawa this summer, joining Colin White. White's buyout saved the Senators $3.875 million of his $4.75 million cap hit over the next two seasons and results in $5.375 million in additional cap space for the 2024-25 campaign. The buyout, however, leaves a cap charge of $875,000 in the following three seasons.