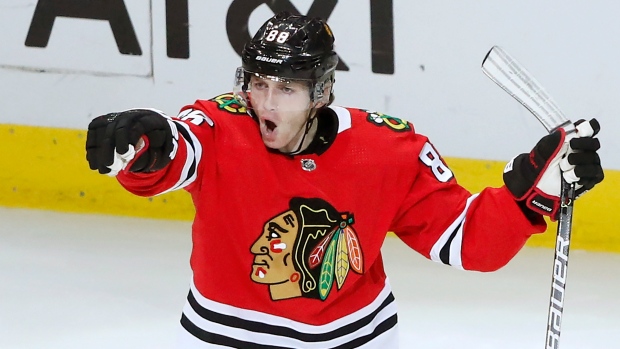 Today, we look at players who ranked 30th to 21st.

Slotting in at No. 30 is Boston Bruins defenceman Charlie McAvoy (No. 39 last season). The 24-year-old right-shot defenceman eclipsed his career highs when he registered 10 goals and 46 assists in 78 games last season and led the Bruins in ice time with 24:38 per game. McAvoy was named a second-team all-star and finished fourth in Norris Trophy voting. Unfortunately, the 6-foot-1 defenceman will miss the start of the regular season after undergoing shoulder surgery in June.

Winnipeg Jets winger Kyle Connor (No. 34 last season) moves up five spots from last year to land in the No. 29 position. The 25-year-old sniper set career highs in all offensive categories with the Jets in scoring 47 goals and 46 assists for 93 points in 79 games in 2021-22. Connor only took two minor penalties last season, which helped him win the Lady Byng Trophy, awarded annually to the player who best combines sportsmanship, gentlemanly conduct and ability.

No. 28 is Vancouver Canucks centre J.T. Miller (not ranked last season) who was the catalyst of a team that just fell short of the playoffs. The 29-year-old forward set career highs by scoring 32 goals with 67 assists for 99 points in 80 games last season. Miller, an outspoken leader of the Canucks, signed a seven-year, $56 million extension on Sept. 2 to remain part of the team core as the Canucks look to return to the playoffs for the first time in two seasons.

Carolina Hurricanes centre Sebastian Aho (No. 22 last season) slots in at No. 27. The 6-foot forward has hovered around a point-per-game for each of his last four seasons and 2021-22 was no exception leading the Hurricanes with 27 goals and 81 points in 79 games. Aho added to his totals in the playoffs, scoring four goals and 11 points in 14 games before losing to the New York Rangers in seven games in the second round.

Tampa Bay Lightning centre Brayden Point (No. 13 last season) lands in the No. 26 spot after helping his team to their third-straight Stanley Cup Final. The 5-foot-11 forward scored 28 goals and 58 points last season but missed 16 regular-season games with an upper-body injury. In the playoffs, Point sustained a torn quadricep muscle in Game 7 of their first-round matchup against the Toronto Maple Leafs that left him sidelined until the Stanley Cup Final.

No. 25 is Bruins’ winger David Pastrnak (No. 15 last season). The 6-foot-1 forward reached the 40-goal plateau for the second time in his career by registering 40 goals and 77 points in 72 games. The Havirov, Czechia native will have familiarity in the lineup with the return of fellow countryman David Krejci as they look to replicate their success in years past. Pastrnak has not signed a contract extension with the Bruins and is currently eligible to become an unrestricted free agent at the end of the 2022-23 season.

Staying with the Bruins, No. 24 on our list is all-star winger Brad Marchand (No. 11 last season). The 34-year-old forward led the Bruins in scoring with 32 goals and 80 points in 70 games last season. Marchand was also among the league leaders in drawing penalties (33) and retained his edge shown by his 97 penalty minutes. In the playoffs, the Halifax native added four goals and 11 points in their seven-game series loss to the Carolina Hurricanes.

Lightning captain Steven Stamkos slides in at the No. 23 position after not making the cut last year. The 32-year-old sniper had a resurgent season where he registered 42 goals and had a career-high with 106 points in 81 games. It was the first time Stamkos played a full NHL season since the 2018-19 season. The 6-foot-1 Markham, Ont., product continued his strong play in the postseason where he racked up 11 goals and 19 points in 23 games, helping the Lightning reach the Stanley Cup Final.

Chicago Blackhawks winger Patrick Kane (No. 14 last season) takes hold of the No. 22 spot after a turbulent 2021-22 season. The Blackhawks, who were a modern-day dynasty between 2010-2015, finished 29 points behind the Nashville Predators for the last playoff spot in the Western Conference. Despite the team’s struggles, Kane played at a superstar level scoring 26 goals and 92 points in 78 games. In the offseason, the Blackhawks appeared to make a direction change when they traded all-star sniper Alex DeBrincat and young forward Kirby Dach in exchange for draft picks. This has caused some speculation about Kane’s future in Chicago with one-year remaining on his contract.

Just missing out landing on our Top 20 NHL players list is Colorado Avalanche winger Mikko Rantanen (No. 19 last season), who sits at No. 21. The 25-year-old continued his progression as one of the best players in the league by setting career highs with 36 goals and 92 points and matching his career high with 56 assists last season. The 6-foot-4 forward added five goals and 20 assists in 20 playoff games en route to a Stanley Cup victory.