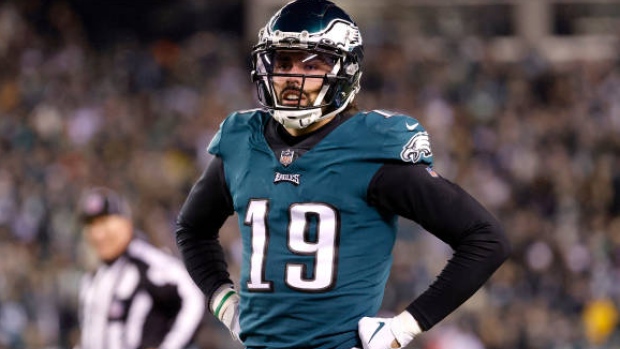 The Philadelphia Eagles have reportedly agreed to trade wide receiver J.J. Arcega-Whiteside to the Seattle Seahawks in exchange for DB Ugo Amadi, per sources.

Arcega-Whiteside, who was drafted in the second round of the 2020 NFL Draft by the Eagles, was never able to live up to his draft position, finishing his three years in Philadelphia with 16 catches for 290 yards and one touchdown in 40 games.

He started only seven games for the Eagles.

Amadi was drafted in the fourth round of the 2019 NFL Draft, and spent his entire three-year career with the Seahawks.

He has served as a slot cornerback and emergency backup for both safety roles in his time with Seattle. He was expected to compete for a starting slot cornerback role this season.