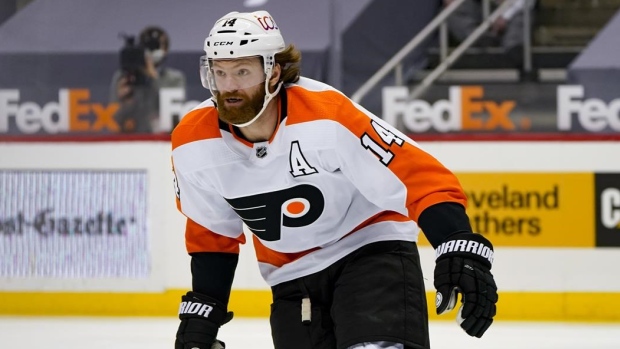 "I like the way our team's built," Couturier told NBC Sports Philadelphia. "If you look at our division, it's a pretty tough division. We brought in some toughness. I don't think there's going to be any more teams bullying us around like we've been in the past couple of years at times.

"We don't seem to have, on paper, maybe that big superstar or big-name guys, but I think as a team, we can come together, do some damage and prove everyone wrong."

John Tortorella made it clear that he does not like the Flyers locker room and is in no rush to name a captain.

The Flyers finished last in the Metropolitan Division last season with a combined record of 25-46-11 under head coach Alain Vigneault and then Mike Yeo while missing the playoffs for the third time in four years.

Forward Kevin Hayes has never played under Tortorella but after doing his homework in speaking to other NHL players who have, he's excited for the changes to come.

"He's an unbelievable guy, he holds everyone accountable in a different way," Hayes said. "It's exciting. If you can't take getting yelled at or pushed to a certain limit, if you don't handle that the right way and kind of fade away from it, it could be a tough route for you.

"If we're going to change the culture, I think Torts is the correct guy to do it. He's kind of a no bulls--t guy, holds everyone accountable - whether you've played 1,000 games or you're a rookie.

"I know fans are kind of down on our team right now. It's easy to say, but it's a new year, new team. I think we're off to the right start with our whole team being here pretty early."

Tortorella has stated on multiple occasions, including his introductory press conference, that he believes the team's problems go beyond on-ice play.

"Before we even step on the ice, situations and standards and accountability in the room is forefront. You can't get squat done on the ice until you get your room straightened out, and I think we have a little bit of work to do there."

Tortorella will be back behind the bench this season for the first time since leaving the Columbus Blue Jackets after the 2020-21 season. The 64-year-old, who won the Stanley Cup with the Tampa Bay Lightning in 2004, has a career record of 673-541-37-132 over 20 years as a head coach.