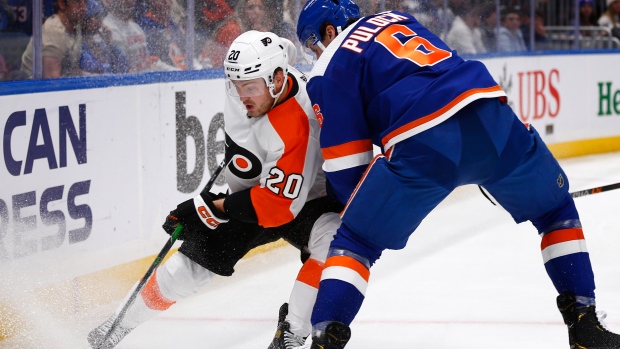 The Philadelphia Flyers placed forward Kieffer Bellows on waivers Thursday, a month after claiming him from the New York Islanders.

The Islanders waived their former first-round pick on Oct. 26 and he was claimed by Philadelphia one day later. The 24-year-old went without a point in 11 games with the Flyers.

He appeared in one game with the Islanders prior to being waived - finishing as a minus-1 against the Florida Panthers on Oct. 13.

Bellows re-signed with the Islanders as a restricted free agent in August on a one-year, $1.2 million contract and is scheduled to be an RFA again next summer.

Petersen gave up four goals on 16 shots in relief Jonathan Quick during the Kings' 9-8 loss to the Seattle Kraken on Tuesday before being waived Wednesday.

The 6-foot-2 netminder was instrumental in helping the Kings reach the playoffs last season, starting 35 games and posting a 20-14-2 record with an .895 save percentage and 2.89 goals-against average.

Petersen is on the first year of a three-year, $15 million deal and has a modified no-trade clause.