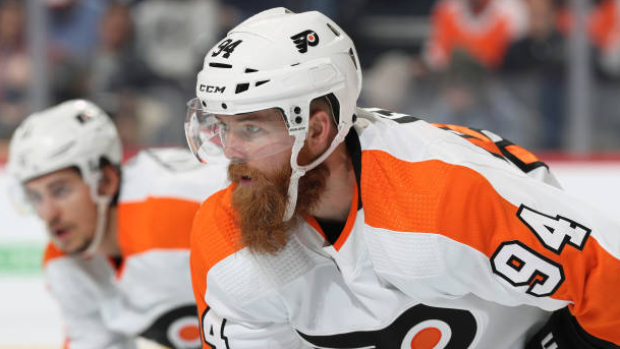 After appearing in just four games with the Philadelphia Flyers last season, it appears Ryan Ellis will also miss time this season.

Flyers head coach John Tortorella said Monday the defenceman is not expected to be ready for the start of the season after last playing on Nov. 13 of last year.

"If you're asking me right now, I doubt it," Tortorella said when asked if Ellis would be ready for Game 1, per NHL.com. "I've had several conversations with Ryan Ellis as far as how he's doing. That's been an up-and-down process for him.

"He's doing everything he possibly can to get ready for camp, [but] I'm doubtful that's going to happen."

Ellis was initially given a timeline of four to six weeks for recovery after aggravating a lower-body injury in his first game back from injury on Nov. 13. However, he did not play again due to what he described as a "multilayered" issue involving the "complex of the whole pelvic region."

The 31-year-old said after the season he expected to be ready for training camp, but that now appears to be unlikely as he enters the fourth season of an eight-year, $50 million contract.

"To have an injury like he has, miss training camp, and then be ready for regular season, I think it's going to take some time," Tortorella said. "I don't want to speak for Ryan, I haven't spoken to him in a few weeks. But I know it was up and down as far as just what he's doing right now trying to get himself ready."

Ellis had one goal and five points in four games with the Flyers last season, his first with the team after being traded from the Nashville Predators.

A veteran of 566 NHL games, he has 76 goals and 275 points over his career with the Predators and Flyers.