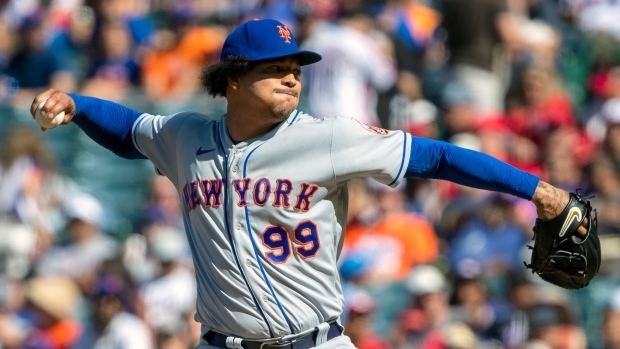 Right-handed pitcher Taijuan Walker and the Philadelphia Phillies have agreed on a four-year, $72 million deal, according to ESPN's Jeff Passan.

Taijuan Walker's deal with the Philadelphia Phillies is for four years and $72 million, sources tell ESPN.

Walker, 30, played last season with the New York Mets where he posted a 12-5 record with a 3.49 earned-run average.

An all-star in 2021, Walker has a career 54-50 record with a 3.89 ERA split between the Seattle Mariners, Arizona Diamondbacks, Toronto Blue Jays, and Mets.

The move comes one day after the Phillies signed star shortstop Trea Turner to an 11-year, $300 million deal as they look to return to the World Series in 2024.