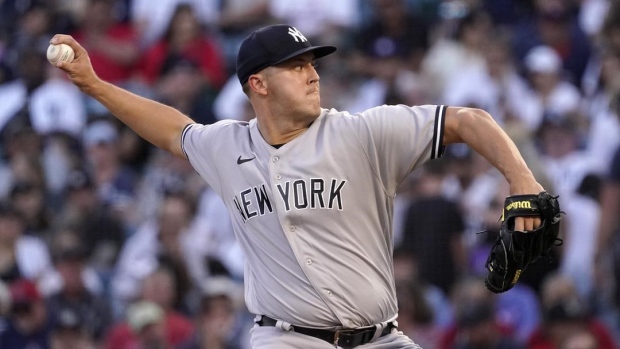 The Chicago Cubs have agreed to a four-year, $68 million deal with right-handed pitcher Jameson Taillon, according to ESPN's Jesse Rogers and Jeff Passan.

The Cubs are in agreement on a contract with free agent pitcher Jameson Taillon on a 4 year, $68 million deal sources tell @JeffPassan and me.

Taillon, 31, played the last two seasons with the New York Yankees and recorded a 14-5 record with a 3.91 earned-run average last season.

The second overall selection in the 2010 MLB draft has had a troubling injury history including multiple Tommy John surgeries and a hernia surgery, which has limited his time on the field.

Tallion has a career 51-35 record with a 3.84 ERA split between the Pittsburgh Pirates and the Yankees.

The 6-foot-5 right-handed pitcher is from Lakeland, Fla., and played for Canada in the 2013 World Baseball Classic due to his dual citizenship.