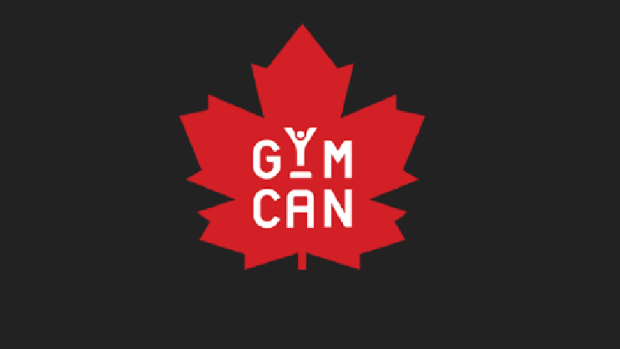 At 6:40 am on May 31, 2019, Gymnastics Canada chief executive Ian Moss sent an urgent and confidential email to the organization’s seven board members, explaining that he was about to fire veteran coach Alex Bard.

In his email, which was recently provided to TSN by a source, Moss wrote he had received numerous formal and informal complaints about Bard and that the coach had not changed his behaviour despite repeated attempts to “educate him.”

“This confidential note is to inform you that I will be meeting with Alex Bard later today to inform him that I am removing him from the post of National Team Coach…” Moss wrote.

“This decision is as a result of both formal and informal complaints that I have received over the past two weeks in respect to Alex’s behaviour in his official capacity with Gymnastics Canada; the nature of these complaints is consistent with issues that we have discussed with Alex in the past and, it appears, our efforts to caution and educate him have not worked. As such, the gravity of the situation is at a level that I must remove him from his role.”
Moss also wrote he worried about Bard’s health.

“I know that this will be a shocking turn of events for Alex himself and I am a bit concerned about his well-being – this is why I am travelling to Toronto to deliver the news directly to him with the understanding that he will have family close by should anything happen. Unfortunately, the gravity of the complaints, and the consistency of his behaviour make it impossible to consider any further efforts to temper his behaviour or educate him further – we have certainly tried many times.”

But days later, when Bard’s exit from Gymnastics Canada was announced publicly, the organization wrote in a press release that Bard was resigning “for personal reasons.” There was no mention of any complaints against him.

“This is to inform you that Mr. Alex Bard has resigned from his position of national team coach (Women's Artistic Gymnastics) for personal reasons,” the release said. “His resignation takes effect immediately. Alex has been instrumental as part of the leadership group for the WAG national team over the past two years and helped the team achieve its best ever [fourth-place] performance at the 2018 World Championships.”

Moss insisted in an Aug. 11 email to TSN that Gymnastics Canada managed Bard’s departure in 2019 appropriately. He confirmed that Bard was dismissed from his position.

“Alex’s position was as a contracted national team coach and technical lead,” Moss wrote. “…I was relieving him of that post. That is what I communicated accordingly.”

Bard was among Canada’s highest-profile gymnastics coaches for more than 30 years. After immigrating to Canada from Russia in 1977, he trained dozens of gymnasts who competed at five Olympic Games, 10 World Championships, three Commonwealth Games, and a Pan American Games, his LinkedIn profile says.

Two years after his purported resignation in June 2019, TSN, citing sources familiar with the matter, reported that Bard had been fired from his position following complaints that Bard had been seen touching a teenage gymnast on her bottom.

Moss, however, continued to insist Bard had resigned from the national team program for personal reasons, and on Aug. 10, 2021 he forwarded a three-page memo titled “Gymnastics Canada Response Statement to TSN Article of July 30” to provincial gymnastics federations and local gym owners.

In the memo, which was provided to TSN, Moss scolded complainants who spoke with TSN about Bard and other Canadian coaches accused of misconduct, saying they may have undermined the integrity of Gymnastics Canada's SafeSport process.

A year later, the revelation of Moss’s email detailing his role in Bard’s firing comes as more than 500 current and former gymnasts have called for an independent investigation into what they allege is a toxic culture in the sport. Sport Minister Pascale St-Onge announced in July that Gymnastics Canada’s funding was being frozen until it signs on with the new Office of the Sports Integrity Commissioner, which has been set up to independently receive and investigate allegations of abuse and misconduct in sports.

Moss’s decision not to make the reasons for Bard’s dismissal from Gymnastics Canada public exemplifies how organizations put future athletes and coaches at risk, Rob Koehler, director general of Global Athlete, a Montreal-based lobbying group for athletes, said in an interview.

“This is further proof that Canadian sport is in the business of cover-ups with short-term vision of protecting their own people and the brand instead of the long-term goal of protecting the athletes,” Koehler said.

“One complaint should be enough to trigger action, but once again sport favours their coaches and staff over athlete safety. [St-Onge] said it herself that Canadian sport is in crisis but not one person to date has been made accountable for their inaction; not one survivor has seen justice served. Gymnastics Canada has proven it is not fit for purpose. We need to see resignations, a full-scale house cleaning, and people being relieved from their duties.”

Kim Shore, a Gymnastics Canada board member from 2018-2021 who was also chair of the organization’s SafeSport committee, said in an interview that she “screamed out loud” when she read the press release announcing Bard’s departure.

“I was devastated that ‘resigned for personal reasons’ was the messaging,” Shore said. “GymCan had enough information to warrant a SafeSport investigation but opted not to. When a person is allowed to resign for personal reasons instead of being subject to an investigation when there are complaints, they can go on to coach anywhere in the country, in any sport. It robs parents and athletes of information they need to ensure a safe training environment.”

While Shore said that she resigned from Gymnastic Canada’s board after she said Moss told her she had “extreme views” on child abuse, Shore said she was at odds with the organization’s executives from the time she attended her first board meeting.

“In my very first board meeting everyone was talking in code about an internal investigation that had been conducted into conduct of former Gymnastics Canada officials,” she said. “I was the chair of the SafeSport committee, but I never saw any report and I was never briefed on what happened.”

Shore said she attended board meetings when Bard’s alleged misconduct was discussed.

“I was present when another board member told GymCan leadership Bard had been inappropriate with a young judge in an elevator, pulling down the zipper on her top part way,” Shore said.

In February 2021, Gymnastics Canada’s board met with 22 coaches to discuss SafeSport issues, Shore said. She said coaches told the board that they were upset Bard had not been subject to a SafeSport investigation and that there had been repeated incidents where Bard inappropriately touched young gymnasts.

“In October 2020, I spent 90 minutes with Thomson telling him every piece of information,” Shore said. “He said he would look into it. He spoke with the harassment officer. I was told to let it go more than once.”

On Feb. 1, 2021, Shore emailed Moss and copied Thomson to say that the gymnastics community did not trust the national organization’s safe sport processes. Many “have a strong sense” that Bard was not always appropriate with his conduct, she wrote.

“…I am striving for the transparency, within the bounds of confidentiality, that our community needs from us to feel secure in their own behaviour,” Shore wrote. “I’m asking is whether GymCan was accurate enough in communicating to the membership why he is no longer with the organization, so as to ensure that (1) we are not leaving any minors at risk and (2) being consistent with how GymCan responds to complaints that have an aspect of safe sport whether the individual is a staff member or other.”

“As much was*** (as?) I wish we could go back in time and manage the messaging differently, I really believe we have to let this one go and take away the key learning which is to never let it happen this way again,” Thomson wrote in his Feb. 5, 2021, email to Shore.

Thomson did not respond to a request for comment.

Bard confirmed in an interview with TSN on Thursday that he was aware of at least one complaint about his touching a gymnast inappropriately.

“I’m not aware of details of other complaints,” Bard said. “I do recall a special single bar session in Calgary. The way I was coached by top Russian coaches is that the safety of the gymnast is first… A coach did mention to me that one of the gymnasts did not feel comfortable. I said if that was the case I really do apologize, and he came over and said to me it was no problem and not to worry about it.”

Bard said Moss gave him a choice in May 2019 to either resign or face a formal investigation into misconduct allegations.

“I have nothing to prove to anybody,” said Bard, who is 80. “I am not prepared to go and prove my appropriate behaviour. I didn’t feel like dragging it on… My life, age wise, and what I’ve done for Canada, I think it’s probably appropriate for me to walk away. If I feel I was wrong, I would apologize.”