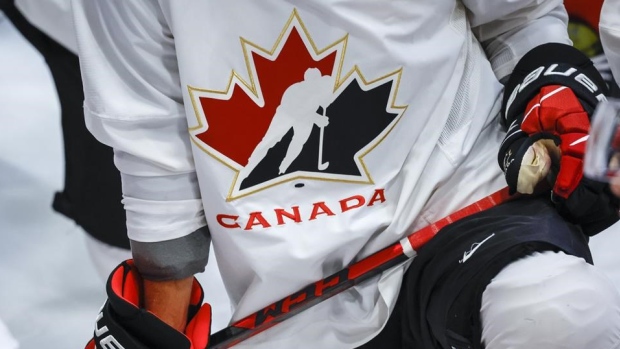 Members of Parliament say they will continue an investigation into Hockey Canada’s historical response to sexual assault allegations and want answers about any severance package provided to chief executive Scott Smith, who left the organization on Tuesday.

“This is a step forward, but we’ll be moving ahead with our study,” Conservative MP John Nater said in an interview with TSN. “Frankly, [Smith’s departure] should have happened months ago. I’m angry.”

Hockey Canada announced the departure of Smith and its board Tuesday morning after weeks of intense pressure. Sponsors and provincial branch associations have called on the organization to change its leadership team.

The standing committee began a series of public hearings scrutinizing Hockey Canada after TSN reported in May that the organization had settled a $3.55 million lawsuit filed weeks earlier by a woman who alleged she was sexually assaulted in June 2018 by eight former Canadian Hockey League players, including at least some who were members of the Canada’s 2018 World Juniors team.

The organization has admitted that players investigated in connection with the 2018 alleged assault were never forced to participate in an investigation into the incident. Hockey Canada has also confirmed reports in The Globe and Mail that it has used player registration fees to help create two funds used to cover potential uninsured liabilities, including sexual assault allegations.

Hockey Canada said an interim management committee would be established until a newly constituted board appoints a new CEO to lead the organization. The organization did not disclose the members of that committee or how they would be selected. Hockey Canada’s next board election is scheduled for Dec. 17. Tuesday’s statement said the departing board members would not seek re-election.

Nater said that the Canadian public deserves to know whether Smith received a severance package in connection with his departure.

“We need to know if there was a payout, how much of a payout there was, and what funds were used for that payout,” Nater said.

He also said he is concerned that Hockey Canada’s nominating committee, which is accepting board member applications, is chaired by Mike Bruni, a former Hockey Canada board chair who was last on the organization’s board in 2014.

Liberal MP Anthony Housefather said in an interview that while the departure of Smith as well as the Hockey Canada board was positive but “there are lingering questions, such as who makes up the interim management committee. The announcement becomes much less compelling if we find that the [interim management committee] is made up of people who surrounded Smith and were involved in the handling of the 2018 allegations.”

Hockey Canada has not said whether the organization’s other senior executives - such as chief financial officer Brian Cairo, vice-president of hockey operations and national teams Scott Salmond, and vice-president of member engagement Darren Cossar - will remain employed.

“There is no doubt our inquiry will continue,” NDP MP Peter Julian said. “There should be interest in eventually having the new Hockey Canada CEO before the committee to finally get answers to questions that have not been answered, and to re-establish credibility with the Canadian public. Smith’s departure was the right decision, but by no means does it mean that everything is resolved.

“The proof will be in the process. Will the board include people who have been critical of Hockey Canada in the past? The process for appointing a new board needs to be transparent and it cannot be a board who feels its role is rubber stamping. It must be a board that is robust and willing to push back and uphold the highest of Canadian values. The decision today is a first step in a very long road.”