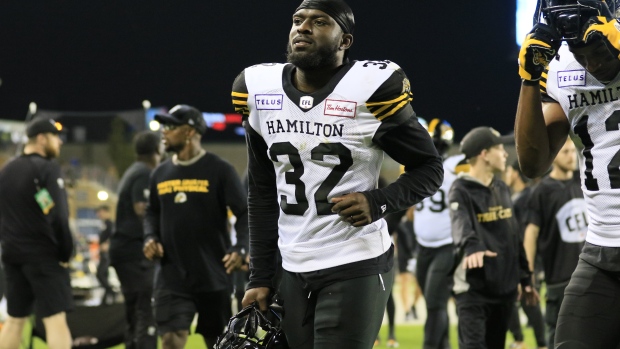 Hamilton Tiger-Cats defensive back Rodney Randle Jr.'s tests have come back negative and is set to return to Hamilton, according to TSN CFL insider Dave Naylor.

Tests on @Ticats DB Rodney Randle have all come back negative and he is flying back to Hamilton this morning. #CFL #Ticats

Randle was in the process of completing the tackle and a teammate flew in from the secondary, striking Randle's helmet in the process.

Randle remained down on the field while receiving attention from the medical team. He appeared to be communicating with both the Tiger-Cats medical staff and teammates before being transported to a nearby hospital for observation.

Randle was signed by the Tiger-Cats on August 23, after spending time with the Alouettes earlier in the year. He appeared in eight games for Montreal and three for Hamilton this season; he recorded two interceptions as a member of the Tiger-Cats.

The native of Beaumont, Texas played for the University of Oregon for four years, and also appeared in NFL mini-camps with the Seattle Seahawks, Los Angeles Chargers and Tampa Bay Buccaneers in his career