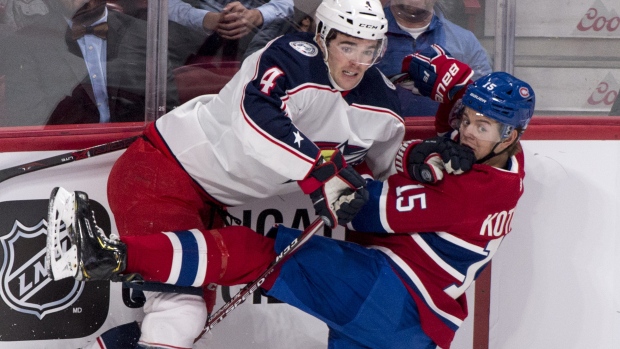 The #SJSharks have signed defenseman Scott Harrington to a PTO. https://t.co/9Ck0pVTTkx

The 29-year-old has played 210 career NHL games with the Columbus Blue Jackets, Pittsburgh Penguins, and Toronto Maple Leafs. Has he spent the past six seasons with the Blue Jackets, registering one assists in seven games in 2021-22.

Over his career, the Kingston, Ont., native has seven goals and 31 assists.

Harrington was originally selected in the second round (54th overall) by the Penguins in the 2011 NHL Draft.