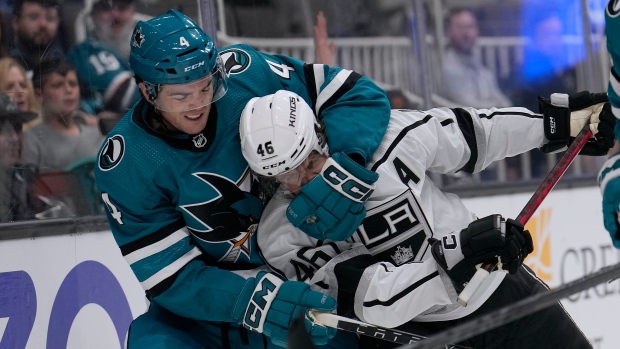 The San Jose Sharks have signed defenceman Scott Harrington to a one-year deal worth an undisclosed amount, the club announced Friday.

"Scott came into camp on a tryout, performed well, and earned his contract," said general manager Mike Grier in a statement. "He's a high character person and we are excited to have him join the Sharks."

The 29-year-old signed a professional tryout with the Sharks in early September and recorded a goal and two shots in two preseason games.

Originally a second-round draft pick of the Pittsburgh Penguins in 2011, Harrington played only one season with the Penguins (2014) before spending one with the Toronto Maple Leafs (2015). Most recently, the Kingston, Ont. native played six seasons with the Columbus Blue Jackets (2016-21), tallying 37 points in 185 games.