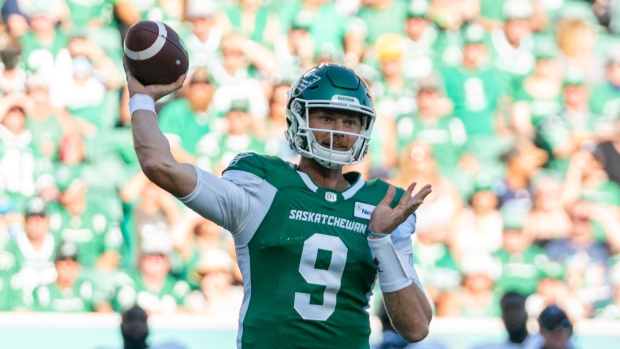 Dolegala will address the media later on Monday.

"Yesterday, Jake Dolegala informed us that he was arrested in Regina over the bye week and charged with impaired driving," the team said in a statement. "Drinking and driving is a significant problem in our province, one that can have dangerous consequences, and we are disappointed in Jake for his actions. We are taking this incident seriously and have suspended Jake for one game and notified the league office."

Dolegala, 25, is in his first season with the Riders. He's appeared in two games for the team this season, throwing for 154 yards on 16-for-35 passing with a touchdown and two interceptions.

A native of Hamburg, NY, Dolegala was an undrafted free agent out of Central Connecticut and spent time on the practice rosters of the Cincinnati Bengals, New England Patriots, Green Bay Packers and Miami Dolphins.