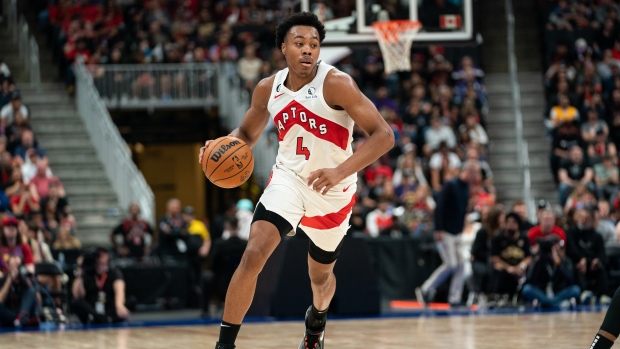 Forward Scottie Barnes will return for tonight's game against the Philadelphia 76ers while forward Otto Porter Jr. is out, Nick Nurse said in his pregame availability on Wednesday.

Barnes left Saturday's game against the Miami Heat with a right ankle sprain and did not play against the Heat again on Monday. Barnes was originally listed as questionable heading into the matchup, which TSN's Josh Lewenberg tweeted Monday could indicate Barnes' injury is not as severe as initially feared over the weekend.

In three games so far this season, last year's Rookie of the Year is averaging 14.3 points, 4.0 rebounds and 4.0 assists per game.

Meanwhile, Porter has yet to make his season debut as he battles a hamstring injury. Signed to a two-year deal in the off-season, Porter helped the Golden State Warriors to an NBA Championship last year, averaging 8.2 points on 46.4 per cent shooting (37 per cent from beyond the arc) in 63 games.

After Monday's win, the Raps sit at 2-2 on the season.