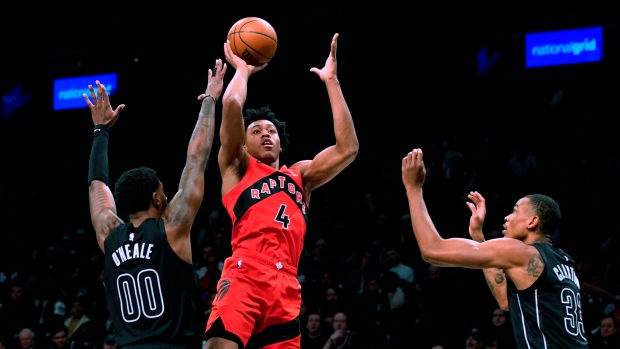 Toronto Raptors forward Scottie Barnes suffered an apparent leg injury and went to the locker room during Friday night's game against the Brooklyn Nets but later returned to the game.

TSN's Josh Lewenberg tweets trainers were working on Barnes' left knee, the same knee that kept Barnes out for two games last week. Barnes limped off the court early in the fourth quarter and returned a few minutes later as the Raptors faced a hefty deficit.

He had 15 points and nine rebounds in just over 31 minutes of action before departing.

In 18 games so far this season, last season's Rookie of the Year Award winner is averaging 13.8 points, 6.3 rebounds and 5.2 assists.

Following their matchup with the Nets, the Raptors will return home on Saturday and host the Orlando Magic.