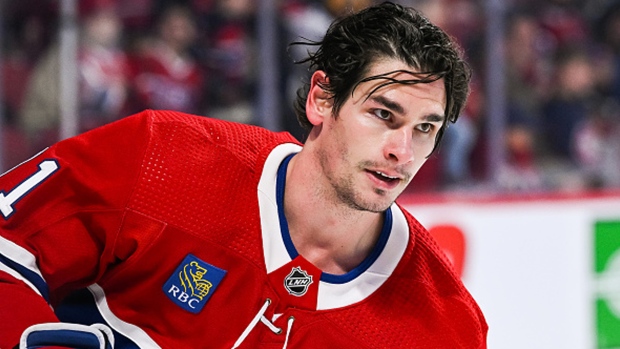 Montreal Canadiens forward Sean Monahan left Monday's game against the Vancouver Canucks and did not return.

Monahan was absent from the Habs' bench midway through the second period and ruled out for the night shortly after. The Canadiens did not give a reason for his departure.

The 28-year-old scored a goal in 10:15 of ice time Monday night before exiting as the Canadiens blew a 4-0 lead and went on to lose 7-6 in overtime.

Following their heartbreaker in Vancouver, the Canadiens will be back in action Tuesday in Seattle against the Kraken.