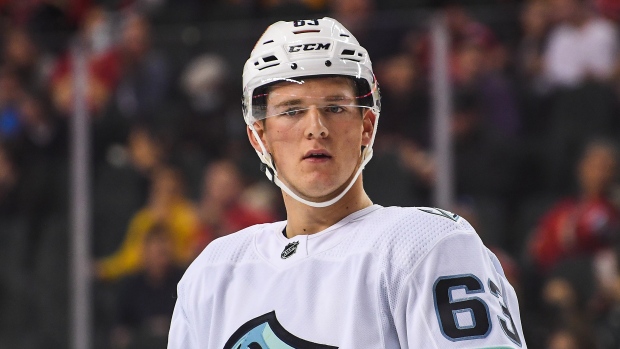 Seattle Kraken forward Jacob Melanson has been suspended by the NHL Department of Player Safety for an illegal check to the head on Edmonton Oilers forward James Hamblin.

Seattle’s Jacob Melanson has been suspended for two games for an Illegal Check to the Head on Edmonton’s James Hamblin. https://t.co/YrGZkpR6DZ

The incident happened with under three minutes remaining in the second period of Monday's preseason game as Melanson clipped Hamblin in the neutral zone. Melanson was given a five-minute major and a match penalty in Seattle's 3-0 win.

Melanson, a fifth-round pick (131st overall) by the Kraken at the 2021 NHL Draft, is entering his first professional season after playing three seasons in the QMJHL with the Quebec Remparts and Acadie-Bathurst Titan.