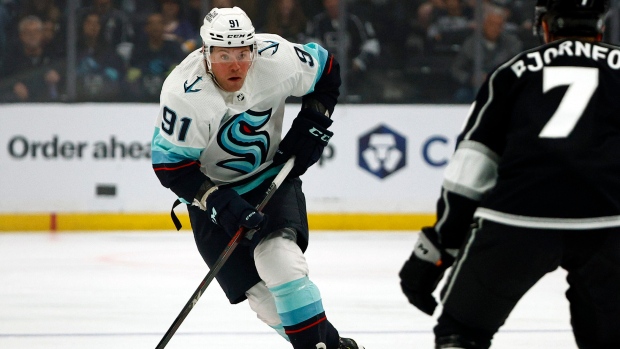 The Seattle Kraken announced the signing of forward Daniel Sprong to a one-year, two-way deal worth $750,000 on Sunday.

Sprong, who split last season between the Kraken and Washington Capitals, was at Seattle's training camp on a professional tryout basis.

In 16 games with the team last season, Amsterdam-born Sprong had six goals. In total, Sprong notched 14 goals and six assists in 63 games.

Originally taken in the second round of the 2015 NHL Entry Draft out of the Quebec Major Junior Hockey League's Charlottetown Islanders, the 25-year-old Sprong has appeared in 202 games over six seasons with the Pittsburgh Penguins, Anaheim Ducks, Capitals and Kraken.

For his career, Sprong has 46 goals and 24 assists.